By Newsroom on February 3, 2016Comments Off on Aerosmith’s Steven Tyler Rocks the Rainbow for Skittles’ Super Bowl Ad

Skittles has this week announced its Super Bowl spot from DDB Chicago.

The 30 second spot, which stars Steven Tyler of Aerosmith fame, is the first television commercial in the brand’s long-running ‘Taste the Rainbow’ campaign to feature a real-life celebrity. 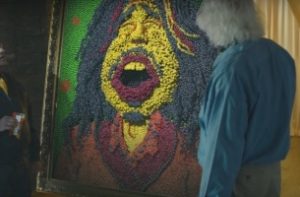 It was inspired by a trend of Skittles fans making things out of Skittles (pictures, recipes, stop-motion films, etc.), and Steven’s interaction with his “Skittles portrait” brings the concept to life in a way that fans will enjoy.

This is just the second time Skittles has advertised in the Super Bowl. The brand made its debut last year and the ad helped make Skittles the top-selling non-chocolate confections brand in the US.