AnalogFolk London Heads To A Wind Tunnel For Chivas 18 & Pininfarina

By Newsroom on December 1, 2014Comments Off on AnalogFolk London Heads To A Wind Tunnel For Chivas 18 & Pininfarina

Chivas Regal, the luxury whisky brand owned by Pernod Ricard, has launched a series of web films to promote the partnership between Chivas 18 and the Italian design house, Pininfarina.

Chivas18, which is targeted at a more design-conscious adult audience, has teamed up with Pininfarina to create an Ice Press. This device, which can be found in premium bars around the world, creates a seamless ice ‘drop’ to accompany a Chivas 18 drink.

Creative Agency AnalogFolk, has taken inspiration from the Ice Drop design concept and the Ice Press device to create a series of web films that show a huge block of ice being blasted by air at the iconic Pininfarina Wind Tunnel in Turin, Italy. 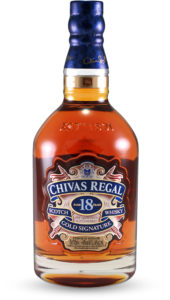 The location has been used to test some of the most iconic automobile designs in history. ‘The Evolution of Ice’ film shows the effect this airflow has over the ice block over a period of time, forming a beautifully shaped ice drop. There are also additional films, including a ‘making of’ and behind the scenes footage.

Richard Black, Global Brand Director for Chivas Regal said: ‘The Chivas 18 drinker has an active interest in premium objects that are beautifully designed, and as a result they look to seek out the craft stories behind them. ‘The Evolution of Ice’ films that AnalogFolk have produced are perfect pieces of content in this respect, bringing the ice drop to life in a visually beautiful and incredibly innovative fashion.’

Both Chivas Regal and Pininfarina are renowned for their rich heritage in crafting rewarding and stimulating experiences in luxury. Pininfarina has been a crusader in Italian design and engineering since 1930, and Chivas Regal is the world’s first luxury whisky, established in 1909.

AnalogFolk London Heads To A Wind Tunnel For Chivas 18 & Pininfarina added by Newsroom on December 1, 2014
View all posts by Newsroom →