By Newsroom on November 13, 2013Comments Off on Arbitration Ends Coffee Contract Dispute Between Starbucks & Kraft Foods 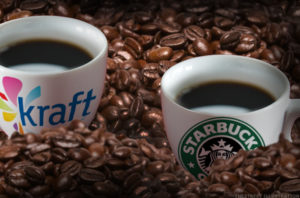 The independent arbitrator in the dispute between Kraft Foods and Starbucks Coffee Company ruled today that Starbucks must pay more than $2.7 billion in total cash compensation for its unilateral termination of the companies’ coffee contract. The award includes compensation for the fair market value of the agreement, a premium for improper termination and interest.

“We’re pleased that the arbitrator validated our position that Starbucks breached our successful and long-standing contractual relationship without proper compensation,” said Gerd Pleuhs, Executive Vice President Legal Affairs & General Counsel of Mondelez International. “We’re glad to put this issue behind us.  We can now fully focus on growing our global snacks business.” 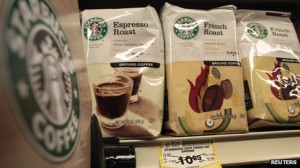 Kraft first began marketing Starbucks roast and ground coffee in 1998 and succeeded in building a highly profitable CPG business, from a base of approximately $50 million to approximately $500 million in 2010. In November 2010, Starbucks announced its intention to unilaterally terminate the agreement that provided Kraft with the exclusive rights for the sales, marketing and distribution of Starbucks roast and ground coffee in grocery and other retail outlets.  Later that month, Kraft initiated arbitration proceedings to challenge the improper termination of the companies’ contract.

The company said that it intends use the net proceeds from the arbitration award, after federal and state taxes of approximately 37 percent and certain other expenses, to repurchase Mondelez International Class A Common Stock, subject to final approval by the Board of Directors and actual receipt of the proceeds.  This authorization would be in addition to the company’s current $6 billion share repurchase program.