By Newsroom on April 5, 2013Comments Off on Artem “Over The Moo-n” With Dairylea Promotion

Artem is “over the moo-n” to be involved in a major nationwide promotion organised by Mondelez International for its Dairylea brand – giving consumers the chance to win a dream holiday worth £10,000 if they discover one of ten special mooing packs. 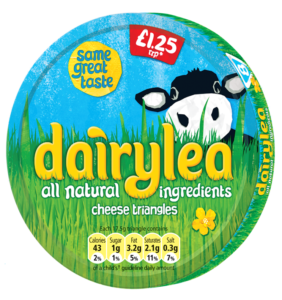 Artem’s project manager Alex Phillips worked with Sharon Birrane, PromoVeritas’ head of operations, to develop an electronic module that emits a “moo” when the pack is opened by one of ten lucky prize winners.

Protoypes were built by Artem and tested by Mondelez International prior to a short run manufacture using Artem’s state-of-the-art 3D printer.

Artem’s skill in various disciplines of model making and engineering allowed them to develop special pack fillers to recreate the feel of the real packaging ensuring the winning packs could not be distinguished from the real thing.

“It was great fun working with PromoVeritas on this project – I’d love to see the winners’ faces when they open their packets!” says Alex Phillips at Artem. “Final security packaging was carried out at the cheese factory by PromoVeritas, ensuring none of the Artem staff will be taking a £10,000 holiday anytime soon!”

Artem “Over The Moo-n” With Dairylea Promotion added by Newsroom on April 5, 2013
View all posts by Newsroom →