By Newsroom on March 30, 2015Comments Off on Bacardi Acquires Angel’s Envy Bourbon 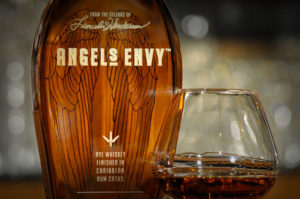 Family-owned Bacardi Limited, the largest privately held spirits company in the world, has expanded its portfolio of super-premium spirits with the acquisition of Louisville-based Angel’s Share Brands, its subsidiary, Louisville Distilling Co., and its Angel’s Envy brand. This deal marks the Company’s entry into the bourbon category of the North American whiskey sector.

“We have a clear strategy aligned to meet consumer needs in premium spirits and are building an even stronger portfolio through innovation and acquisition. The purchase of Angel’s Share Brands and the Angel’s Envy portfolio further reinforces our commitment to growing the super-premium spirits sector,” said Bacardi Limited CEO Mike Dolan.

Angel’s Envy Port Finished Bourbon, the flagship brand, is one of the top ten fastest growing super-premium bourbons in the United States. The American straight category as a whole has experienced a resurgence in the past five years with a nearly five percent growth rate while the super-premium American straight segment has grown nearly 10 percent during the same time. 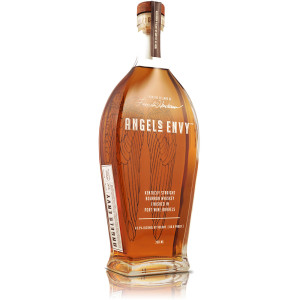 “Bacardi has a long history of successful acquisitions of cutting-edge brands. Bacardi looks for the gems of innovation in the spirits world to complement our premium and super-premium brands, and Angel’s Envy is a natural fit for our portfolio. We are thrilled to add Angel’s Envy, one of the most exciting brands in the North American whiskey category today, to our highly focused portfolio of iconic brands,” said Barry Kabalkin, Vice Chairman of Bacardi Limited.

Angel’s Envy will continue as a standalone operation, meaning the business structure, employee base, production, distribution, commercial and marketing activities will remain unchanged. Angel’s Envy’s new distillery and brand experience center in downtown Louisville is planned for a 2016 opening and will showcase the great tradition of Kentucky bourbon-making.

Angel’s Envy was created by the late Master Distiller Lincoln Henderson, one of the original pioneers of the premium bourbon and whiskey categories in the U.S. and an inaugural member of the Bourbon Hall of Fame. The brand is hand-blended in small batches of 8 to12 barrels. Each batch, or “expression,” is allowed to develop naturally, creating nuances in the bourbon from year-to-year. 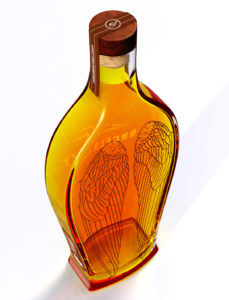 “Angel’s Envy, like Bacardi, was founded as a family-owned business driven by an entrepreneurial spirit. The secrets to crafting Angel’s Envy have been well preserved by three generations of the Henderson family. Bacardi is well recognized for showcasing the unique heritage and origin of our brands, so I’m thrilled that the Henderson family, under the stewardship of Global Brand Ambassador Wes Henderson, will continue to be directly involved with the Angel’s Envy brand,” said Bacardi Limited Chairman Facundo L. Bacardi, a fifth generation Bacardi family member.

The three expressions of Angel’s Envy are currently available in on- and off-premise establishments throughout the United States. The award winning flagship expression of Angel’s Envy Kentucky Straight Bourbon Whiskey finished in port wine barrels earned the highest-ever rating for a bourbon from Wine Enthusiast, Angel’s Envy Finished Rye was awarded “Four Stars” and “Highly Recommended” by Spirit Journal, and Angel’s Envy Cask Strength was named by Spirit Journal as “Best Spirit in the World.”

Terms of the transaction, closed on March 27, were not disclosed.