By Newsroom on October 26, 2012Comments Off on Baci Perugina celebrates 90 years of winning chocolate lovers’ hearts

For 90 years romantics have shown their affection for each other by exchanging love notes wrapped around an Italian chocolate.

Nestlé’s Baci, which means ‘kisses’, are dark chocolate and hazelnut pralines that contain quotations inside their individual wrappers.

Today, more than 1,500 are produced every minute for sale in Italy and for export to 55 other countries including Australia, Germany and the United States.

The Baci Perugina brand, which celebrates its 90th anniversary this month, is as popular with consumers today as it was with their grandparents thanks to the innovative ways it takes traditional messages about love and friendship and makes them relevant to contemporary audiences.

It has more than one million fans on Facebook and has recently launched a mobile app to allow consumers to exchange digital versions of its famous ‘love notes’.

From now until the end of this year, it will be making archive material available on its website and Facebook page to give consumers the chance to connect with its story.

“Baci were created in the town of Perugia in Italy by Luisa Spagnoli, one of the founders of the Perugina confectionery company,” said Corrado Castrovillari, Business Executive Manager for Confectionery, Nestlé Italy.

“She wanted to use hazelnuts that had been left over from the production of other sweets.

“At first the chocolates were called ‘cazzotto’ or ‘punch’ because of their squat shape, but Louisa’s business partner Giovanni Buitoni soon renamed them, saying consumers would prefer to receive a kiss.”

WISE WORDS: An early love note from inside a Baci wrapper.
Star-crossed lovers

In the 1930s, Perugina’s art director Federico Seneca did more to encourage consumers to give Baci as romantic gifts.

“It was Federico’s idea to introduce the love notes,” Mr Castrovillari continued. “Later he changed the packaging to a blue and silver box with a picture of a couple kissing underneath a starry sky.

“It was an obvious reference to the famous 1859 painting ‘Il bacio’ or ‘The Kiss’ by Italian artist Francesco Hayez.”

In 1939, the Perugina company began to sell Baci internationally for the first time, opening a shop on Fifth Avenue in New York in the United States.

The chocolates seemed exotic to American consumers at the time because of their hazelnut filling and their association with the passion and romance of Italy.

Baci’s popularity in the US continued into the 1970s, when early television commercials for the brand featured romantic movie heroes such as Rudolph Valentino, Clark Gable, and Frank Sinatra.

In the 1980s, Baci began to change the way it spoke to consumers to appeal to a younger audience.

“The brand began to use more modern language in its advertising, while the chocolates were sold in tubes for the first time,” said Mr Castrovillari.

“Italian television commercials popularised the use of the phrase ‘Tubiamo!’ meaning ‘Let’s tube!’ among teenagers to express excitement.”

Baci continued to keep up with communication trends at the beginning of the 21st century, launching its first website in 2002 and Facebook page in 2008.

In 2009, the brand celebrated its long association with St Valentines’ Day with an interactive online campaign that was later recognised at the prestigious Cannes Lions International Festival of Creativity.

At the beginning of February, a video appeared on the Baci You Tube channel from a character called Giovanni who wanted to give his beautiful neighbour Gaia a kiss.

A message from Gaia soon followed, saying she would only agree if 50,000 other people asked her too. Within days, Baci had received enough emails from consumers to release a final video of the pair embracing.

In 2010 Baci launched a nationwide competition to give Italian consumers the opportunity to submit their own love notes for inclusion in the chocolates’ wrappers.

The brand received more than 40,000 entries, of which 15 were chosen by a panel of judges including the famous Italian author Federico Moccia.

In the same year, Baci organised a contest for couples in the main squares of Italian cities Milan and Naples to see who could kiss for the longest time.

Meanwhile in Perugia, the brand invited consumers to help create the longest love note in the world, which ran 200 metres in length when finished. 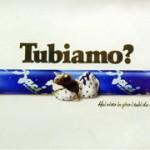