By Newsroom on July 30, 2014Comments Off on Beaulieu Vineyard Official Wine Sponsor at the Emmys’ Governors Ball 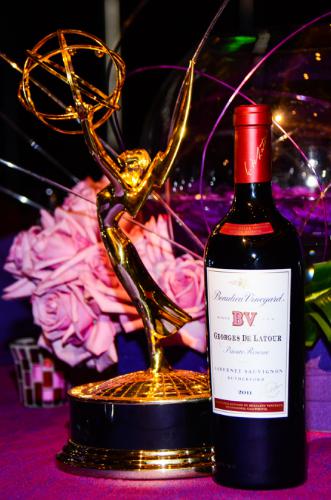 Beaulieu Vineyard, the iconic winery in Napa Valley, with 114 years of history in fine winemaking, is once again, the official wine Sponsor of the 66th Emmy Awards Governors Ball to be held August 25, 2014 at the Los Angeles Convention Center, immediately following the Emmy Awards telecast at the Nokia Theatre L.A. live in downtown Los Angeles.

This is the eleventh consecutive year BV wines have been featured at the Emmy celebrations and the ninth year Beaulieu Vineyard has been the proud Official Wine Sponsor of the Television Academy. BV wines will also be featured at the Creative Arts Ball on August 16, 2014. 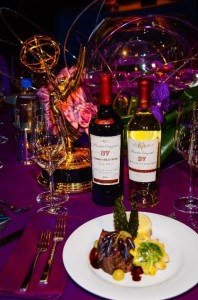 “We are honored to pour the 75th vintage of our prestigious Georges de Latour Private Reserve Cabernet Sauvignon which is perfect for special, momentous occasions like this,” said Jeffrey Stambor, Director of Winemaking for Beaulieu Vineyard.  “Georges de Latour Private Reserve has been served at historic events since the first vintage and we are thrilled to toast television’s excellence with our 75th anniversary vintage.”

BV Georges de Latour was the first private reserve Cabernet produced in America and has been a benchmark in California winemaking since the inaugural vintage in 1936. In memory of the winery founder, it is the most highly anticipated wine produced by Beaulieu Vineyard. The 2011 vintage marks the 75th anniversary of the first vintage of this premier American reserve wine.

Beaulieu Vineyard wines are produced by Diageo Chateau & Estate Wines (DC&E) is part of Diageo; one of the world’s leading premium drinks business.

Beaulieu Vineyard Official Wine Sponsor at the Emmys’ Governors Ball added by Newsroom on July 30, 2014
View all posts by Newsroom →