By Newsroom on December 5, 2016Comments Off on BETC Paris Helps Air France Gastronomy Lands on Earth

Air France will give Montreal residents the chance to have gastronomic menus signed by Joël Robuchon delivered to their home. 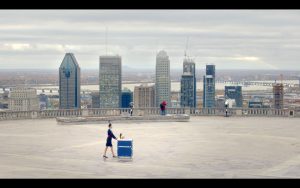 At the head of the Servair Culinary Studio since 2009, the world’s most starred chef will offer a gastronomic menu comprising:

To take advantage of this exclusive offer, as from 9 December 2016, Montreal residents are invited to visit the food delivery website and order their complete menu. All dishes will be prepared in the chef’s new restaurant, L’Atelier de Joël Robuchon, his first restaurant in Montreal which will open to the public on 7 December. A chef and a master of his art who innovates, surprises and reinvents classic cuisine. 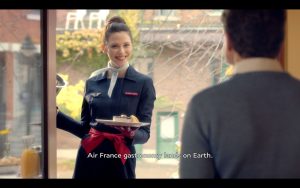 Through its renewed collaboration with Joël Robuchon, who has designed several menus on board the La Première cabin, the Company aims to offer customers culinary delights worthy of Michelin-starred restaurants, on the ground and during the flight.

In this way, Montreal residents will be able to enjoy the dishes on offer on board Air France flights in the comfort of their own home – a range of exceptional dishes illustrating French culinary expertise around the world.

From January to March 2017, Joël Robuchon will once again sign the new La Première menu on board Air France’s long-haul flights.

BETC Paris created the ‘Bon Appétit’ ad for the promotion.