By Newsroom on October 25, 2013Comments Off on Bombay Sapphire Gin Announces Four Winners Of The Imagination Series

Now in its second year, Bombay Sapphire and Geoffrey Fletcher assembled a cross section of imaginative heavy weights from the world of film to judge the entries, which featured Academy Award winning actor, Adrien Brody; screenwriter and film director, Lucy Mulloy; screenwriter, Naomi Foner; actor, Peter Facinelli; and senior curator at Vimeo, Sam Morrill, who between them selected nine films for their originality and imagination. 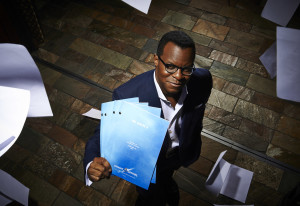 Academy Award winning screenwriter Geoffrey Fletcher commented on the competition: “At a time when it’s difficult for new voices and creative visions to find funding and broad exposure, Bombay Sapphire is providing a platform and launch pad for new stories to be told on screen. We hope the films we create inspire audiences and are as resonate as they are imaginative.”

Academy Award winner Adrien Brody said, “The range of creativity of the entries we received to the Bombay Sapphire Imagination Series Film competition this year was vast, making it extremely difficult to distil into only four winners. Regardless, I hope for many it was a motivational experience and I believe we’ve uncovered some exciting new talent who we hope will go on to make an impact within the film industry. I’m very much looking forward to seeing how we bring the winners imaginations to life through film on the big screen in April.”

With imagination at the heart of both Bombay Sapphire and filmmaking, the competition looks to explore endless creativity and the brand’s belief in the power of imagination and that it can take you anywhere. 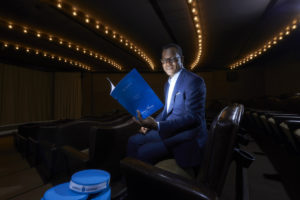 Geoffrey Gilmore, Chief Creative Officer of Tribeca Enterprises, commented on the association with Bombay Sapphire: “It’s great to partner with a brand who embraces creativity and imagination in the same way we do. The Imagination Series, fuelled with the passion and support of the Bombay Sapphire team provides a great opportunity for the discovery of new storytellers.”

Starting today, Bombay Sapphire is giving members of the general public the chance to vote for a fifth film to be made through its open vote selection. By visiting www.imaginationseries.com/vote a vote can be cast, with the winning film announced on 14 November 2013.

The wild cards are:

The winners will now participate in producing and directing their own individual films, which will be premiered in early 2014. To see the winners and hear more about their films and experiences during the production process visit here.

Bombay Sapphire Gin Announces Four Winners Of The Imagination Series added by Newsroom on October 25, 2013
View all posts by Newsroom →