By Newsroom on October 4, 2013Comments Off on BrandOpus Creates New Look For Clover 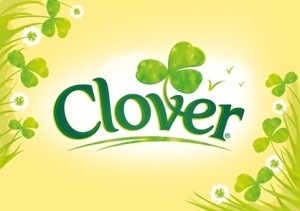 The consultancy began work on the project in April this year, having previously worked with parent company Dairy Crest on previous projects including Country Life butter.

BrandOpus created a new identity that aims to appeal to new consumers, while remaining recognisable to existing customers.

Paul Taylor, BrandOpus creative director and partner, says, ‘The designs wanted to bring to life the very core of the brand name, Clover.

‘We wanted to represent the idea of real clover – a natural-growing ingredient that lives within the pastures – in the context of a pasture or field.’

The new logotype is ‘softer’, according to BrandOpus, with a Clover symbol that is made to appear to grown from the typographic marque.

The name is positioned on an illustrative ‘countryside horizon’, surrounded by pastures of clover with birds shown in the distance.

BrandOpus Creates New Look For Clover added by Newsroom on October 4, 2013
View all posts by Newsroom →