By Newsroom on July 11, 2014Comments Off on Budweiser’s ‘Epic Concert’ Provides Canadian Band With Gig Of A Lifetime

For the local Canadian musicians that make up The oOoh Baby Gimme Mores (OBGMs) there will always be that one show, the show that changed it all. Plucked from relative obscurity, the OBGMs went from small-venue shows to playing a surprise gig for 800 plus fans to starring in a national commercial practically overnight. Next up, they will join a star-studded line-up at a major North American music festival.

Sound like the journey of a lifetime? That is how they would describe it.

Budweiser recently enlisted the help of music experts to scour Canadian cities for an incredibly talented, yet still largely undiscovered band.  From the shortlist of 60 plus bands, indie quartet, The OBGMs, were selected to be the stars of Budweiser’s new national campaign, Epic Concert. 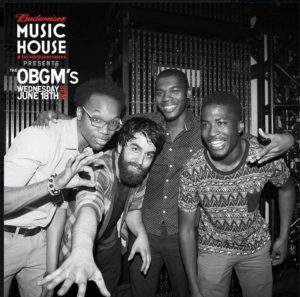 “Budweiser was born from opportunity, and because of that, we are always looking for ways to encourage and help others realize their dreams,” said Mike Armstrong, Senior Brand Manager, Budweiser Canada. “Budweiser is a huge supporter of music in Canada and we believe the OBGMs’ combination of talent, raw positive energy and on stage presence made them the number one choice.”

A few weeks ago, The OBGMs were invited to participate in a documentary on local indie bands and perform for what they believed would be a small crowd. Little did they know, it was a commercial shoot and the venue was packed with hundreds of screaming fans there to see them.

“The moment the stage lights came on and we saw our gear, the fans and our name in lights we knew our lives were changed,” said guitarist and lead vocalist, Densil McFarlane. “We’ve been playing together for years and to get the opportunity to have national exposure like this is beyond anything we could have imagined.”

The Epic Concert was just the beginning of The OBGMs’ journey. Over the past few weeks Budweiser has provided the band with opportunities to play on larger stages with bigger line-ups in addition to a few other surprises. At their recent headlining gig opening the Budweiser Music House at NXNE, The OBGMs received 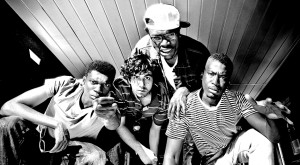 a video invite to perform at the Budweiser Made in America music festival in Philadelphia this August. At the annual festival, founded by music mogul Jay-Z, they will have an opportunity to perform along with artists like Kanye West, Kings of Leon, Steve Aoki and Pharrell Williams.

“The announcement that we’ve been invited to play at the Budweiser Made in America festival was probably the coolest thing ever. Knowing that we’re going to share a stage with artists like Kanye West, words can’t even describe how excited and grateful we are for this opportunity,” said drummer Colanthony Humphrey.

Budweiser’s ‘Epic Concert’ Provides Canadian Band With Gig Of A Lifetime added by Newsroom on July 11, 2014
View all posts by Newsroom →