By Newsroom on October 8, 2015Comments Off on Campari America Launches New Cynar 70 Proof 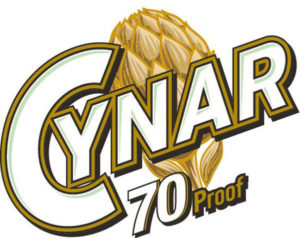 Who would have thought the artichoke could garner such interest in the US cocktail community?  As Italian drink culture and tradition – from the aperitivo to amari – infiltrates drink rituals stateside, Campari America mounts a new campaign in the battle for bitter: Cynar 70 Proof.  Double the intensity and proof of original Cynar, the bartender-beloved bittersweet artichoke liqueur, Cynar 70 Proof is a bold entry in the burgeoning bitters category.

As an authentic imported Italian bitter, Cynar has become just one in a select group of Italian spirits and liqueurs, including Campari, Aperol, Averna and Braulio, finding newfound favor with consumers and mixologists in the US.  This new, higher proof spin on the classic artichoke liqueur is meant to be enjoyed as a digestivo either chilled, on the rocks, or as a higher-proof shot than the 35 proof original.

The original Cynar recipe was introduced in Italy in 1952 by Venetian entrepreneur and philanthropist Angelo Dalle Molle with the slogan “Cynar, against the stress of modern life.” The name Cynar is derived from a property found in artichokes, cynarin. Though Cynar doesn’t taste like artichokes, the cynarin is believed to have digestive properties.

Like its older sibling, Cynar 70 Proof is crafted from the same secret recipe of 13 infused herbs and plants. The liqueur carries distinctive herbal qualities married with hints of dried fruit and rounded by caramel smoothness. The result is a pleasant woody and caramel bitter taste. Its versatile and distinct flavor – and dark amber-brown color with reddish tones – is achieved through a two-stage process of infusion and blending with a higher alcohol content to achieve a more pronounced flavor profile than the original Cynar.

Cynar 70 Proof will be available nationwide at fine spirits purveyors at $34.99 MSRP for a one liter bottle. A favorite of millions in Europe and South America, and growing in popularity in North America, Cynar is produced in Italy.