By Newsroom on May 7, 2014Comments Off on CAMUS Choosen to Mark 50 years of French-Chinese Relations 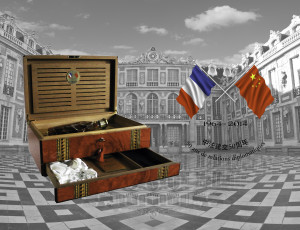 It was in General de Gaulle’s office at Versailles Palace that French President François Hollande presented President Xi Jinping of China with a cased decanter of CAMUS Cognac during his recent state visit to France. Cognac – acclaimed and appreciated the world over as the ultimate gift, symbolizing the excellence of French craftsmanship and “art de vivre” -was also the first ever Appellation d’Origine Contrôlée (AOC) to be recognized and protected in China. Furthermore, in1964 France was the first major western nation to acknowledge the People’s Republic of China officially.

To create this “one-off”’ piece, the 150 year-old, independent family-run House of CAMUS selected from its private collection a 1964 vintage Cognac, which the Cellar Master at that time had decided to keep for the perfect balance between its intense aromas and delicate bouquet. After many years of careful nurturing in oak casks, this grand Cognac can now reveal its potential and aromas to the full. 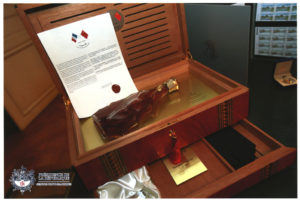 What bottle could possibly match this precious nectar from one of the finest vintages of the 20th century? The House of CAMUS’ iconic decanter, chiseled from the purest crystal and produced by BACCARAT – also a symbol of French high-end craftsmanship, of international renown – is another tribute to the 50th anniversary, as it was originally created to contain a Cognac specially blended to celebrate the 50th anniversary of the House of CAMUS.

Lastly, the case itself is the work of a French master cabinetmaker whose art perpetuates ancient techniques, using the most precious wood, exclusively of French origin. The timeless elegance of this exceptional, entirely hand-made piece is a reminder of the long-lasting and strong friendship between France and China.

One such flourishing relationship maintained for many years with the House of CAMUS is with Kweichow Moutai – a partnership initiated ten years ago by which CAMUS has brought international recognition to the most iconic spirit of China, ranking in fourth place as one of the world’s highest-quality and most reputable brands today. This is a fine example of Franco-Chinese co-operation in the category of high-end products: the fruit of an exceptional terroir and centuries-old craftsmanship. 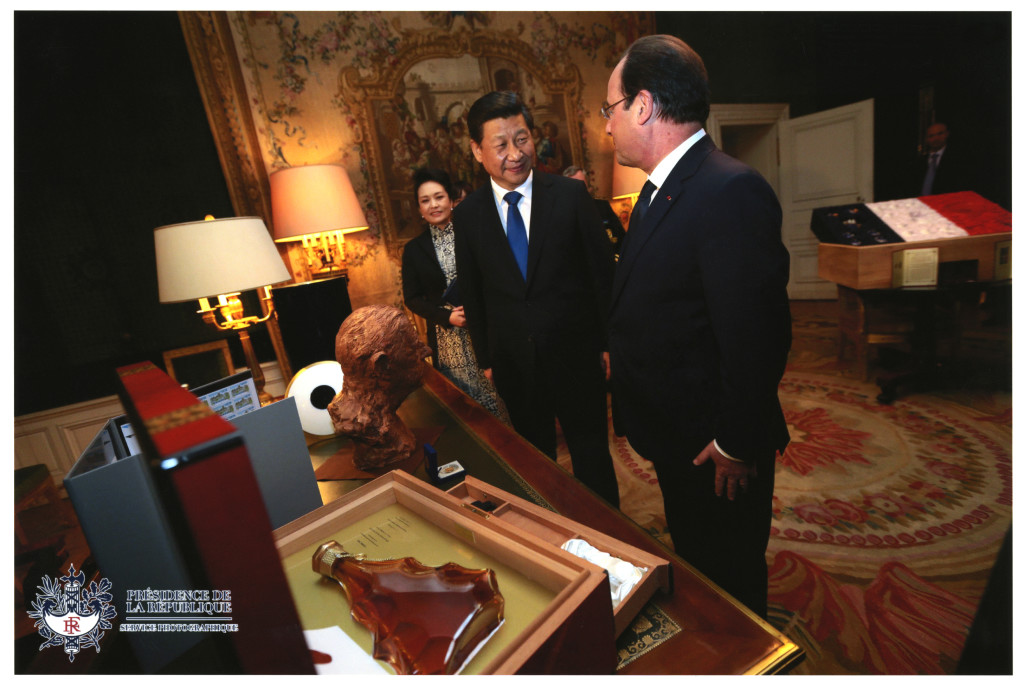 CAMUS Choosen to Mark 50 years of French-Chinese Relations added by Newsroom on May 7, 2014
View all posts by Newsroom →