By Newsroom on October 15, 2013Comments Off on Carbonated Beverages Brewing for Starbucks? 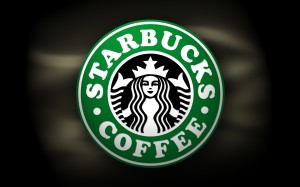 Starbucks may be readying a large-scale rollout of carbonated drinks, Advertising reports, citing a recent trademark filing by the coffee giant for the term “Fizzio.”

The filing coincides with Starbucks’ recent testing of a line of carbonated drinks in Atlanta and Austin, and “fueled speculation,” Advertising Age wrote, that the company is “about to make a big play beyond brewing into bubbles.”

In the trademark filing, Starbucks said the name could apply to both drinks and beverage-making machines, the latter that could compete directly with Sodastream, which makes machines for carbonating water at home.

The move into carbonated beverages is the latest in a string of moves that Starbucks has made to expand beyond coffee. Its recent acquisitions include Evolution Fresh, La Boulange, and Teavana. And it launched Verismo machines last year, which compete with Keurig.

Carbonated Beverages Brewing for Starbucks? added by Newsroom on October 15, 2013
View all posts by Newsroom →