By Newsroom on September 12, 2016Comments Off on Carlsberg UK Teams with Brooklyn Brewery on Exclusive Distribution of Craft Beer Portfolio 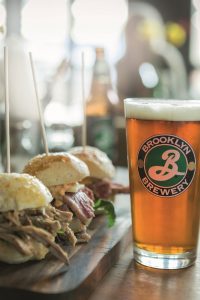 Carlsberg UK is partnering with Brooklyn Brewery to handle the exclusive distribution of their beer portfolio in the UK, following agreement to transfer distribution rights from James Clay effective 30 December 2016.

Brooklyn Brewery is an independent brewer whose mission is to brew flavourful beers that reflect and enrich the life, traditions and culture of creative communities worldwide. Its beer range stretches across a wide selection of quality, innovative and seasonal beers including Brooklyn Lager, Brooklyn Scorcher IPA, Brooklyn Summer Ale, Brooklyn East IPA and Brooklyn Sorachi Ace, each imported from New York and overseen by iconic Brewmaster, Garrett Oliver.

In the Free Trade Carlsberg UK will manage the Brooklyn Brewery portfolio through its newly-launched brand and sales division, House of Beers. House of Beers is dedicated to world, craft and speciality beers and ciders, and provides specialist support to customers operating premium pubs, bars and restaurants in major cities across the UK, including central London.

House of Beers’ team of brand ambassadors will drive the continued growth of the Brooklyn Brewery portfolio in the Free Trade through unique events, range advice and staff training. 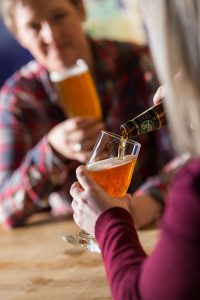 Liam Newton, vice president of marketing for Carlsberg UK, adds: “Brooklyn Brewery is at the forefront of the craft beer revolution, brewing quality beers that drinkers seek out and enjoy. Brooklyn Lager has seen value growth of 54% over the past year in the UK. The Brooklyn beer range will complement our existing portfolio of premium, craft and speciality beers and ciders and we will ensure it thrives well into the future, like it has in the past.”

Eric Ottaway, chief executive officer of Brooklyn Brewery, commented: “This move is an extension of Brooklyn’s relationship with Carlsberg throughout Europe, and we look forward to working creatively with Carlsberg UK on the continued development of the Brooklyn brand in the UK. We would like to thank everyone at James Clay for the great work they have done to build Brooklyn to this point in the UK. They have been great partners and brand builders for the last fifteen years.”

James Clay, commented: “We hope Brooklyn Brewery’s new partnership with Carlsberg builds on the foundations laid for the brand over the past fifteen years and would like to express how much we have enjoyed working alongside the talented and committed people at the brewery. After recently moving into a new facility in the North of England, the largest exclusively dedicated to craft and speciality beer in the UK, and acquiring the wholesale arm of London-based beer distributor Utobeer, this transfer allows us the resources to invest and support expansion from our existing and potential new brewery partners from across the world. As an independent, family owned business, we are absolutely committed to investing in the longevity and growth of craft and speciality beers in the UK.”

The agreement between Brooklyn Brewery and Carlsberg UK follows an 11 year relationship between Brooklyn Brewery and the wider Carlsberg Group, which sells Brooklyn products in over a dozen markets including Denmark and Sweden. The brewers have also cooperated to open two microbreweries; the New Carnegie Brewery in Stockholm, Sweden, which opened in 2015 and E.C. Dahls Brewery in Trondhom, Norway, which opened in August this year.

Carlsberg UK Teams with Brooklyn Brewery on Exclusive Distribution of Craft Beer Portfolio added by Newsroom on September 12, 2016
View all posts by Newsroom →