CBR London 2016 Back For Fourth Year with New Look

By Newsroom on November 4, 2015Comments Off on CBR London 2016 Back For Fourth Year with New Look 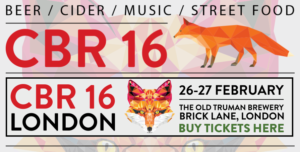 The team behind CBR London 2016 is proud to announce 2015’s beer, music and street food festival will be bigger and better than ever, as it increases capacity for both exhibitors and consumers to include 150 of the finest domestic and foreign brewers and producers.

The event will completely take over The Truman Brewery and for the first time include a dedicated cider area called ‘Lost In Cyder Space’, that will showcase some of the markets best drinks in ample buying time for the summer season ahead.

The event will once again be part of London Beer Week 22 – 28 February, acting as the finale to its week of beer exploration around London’s best beer bars and breweries. The epicentre of the festival – the London Beer Week Hub – will also be based at The Old Truman Brewery, and will be a week-long hive of pop-up beer bars and immersive beer experiences for those wearing a London Beer Week wristband. 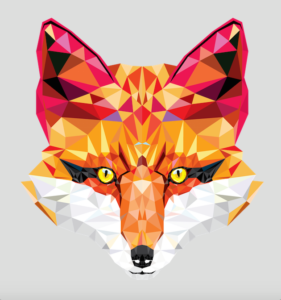 Director and founder of CBR London 2016, Daniel Rowntree said: “CBR has become the highlight of the industries beer trade calendar particularly for those interested in discovering new breweries, new product launches, and sharing industry information and contacts. We are proud to provide a platform for brands to launch new beers and in 2015 that included, Adnams, Fourpure, Hiver, Ilkley, and Beavertown. We also saw the launch of breweries and producers including Bedlam, Mondo and Hawkes Urban Cider.”

In 2014 over 1300 industry people attended the event’s trade day with many breweries leaving with positive leads and new business. CBR London 2016 will continue to grow in capacity for its Trade Day, although the event will be split over two sessions. Invite only first, followed by general application.

With over 380 different beers on offer in 2015 and with the next event looking to top the 600 mark now in its fourth year CBR London 2016 has garnered a reputation as THE show to launch new beers or even a brewery!

CBR London 2016 Back For Fourth Year with New Look added by Newsroom on November 4, 2015
View all posts by Newsroom →