Coca-Cola Invented A Fridge That Chills Drinks Without Power

By Newsroom on June 5, 2014Comments Off on Coca-Cola Invented A Fridge That Chills Drinks Without Power

Coca-Cola worked with Leo Burnett Colombia on the Bio Cooler Project to bring cool drinks to parts of the world that have extremely hot weather without a regular power supply. 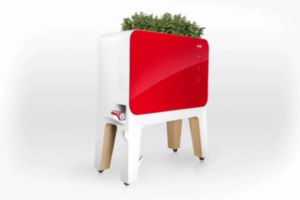 The Coca-Cola Bio Cooler is a fridge that does not need electricity to function. The design of the cooler is based on ancient tech that cools air through water evaporation, so it works even better the warmer it gets.

The Bio Cooler is a rectangular device with four legs and an array of small plants on top of it. Its “cooling” system works two ways. First, when the plants are watered, the evaporation that occurs cools another chamber. Second, the heat of the sun is captured by a mirror installed in the device and is used to turn a gas into liquid – which creates an even higher cooling effect. 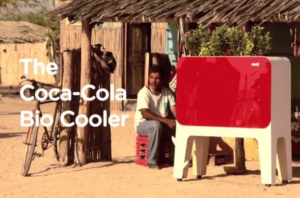 The bio cooler looks and kind of works like a small vending machine and can store up to three different types of canned drinks.

The project took about a year to develop from conceptualization to field testing. Leo Burnett Colombia developed the bio cooler together with the International Physics Centre in Bogota.

The project was launched in Aipir, which is considered one of the hottest towns in Colombia and is located in La Guajira, to the north of the country. The residents of the town usually need to travel for a day to the city to get ice or something cold, so were understandably excited when the Bio Cooler was installed in their community.

Coca-Cola Invented A Fridge That Chills Drinks Without Power added by Newsroom on June 5, 2014
View all posts by Newsroom →