By Newsroom on June 3, 2013Comments Off on Coca-Cola: The Sharing Can

If sharing fluids strikes you as icky, Coca-Cola’s shareable can may be just the thing. A simple twist and the 330-millilitre can splits in half, one for you and one for a friend. Ideally, you should only do this with one buddy, as the can doesn’t multiply any further.

The idea of this shareable can originated with ad agency Ogilvy & Mather Singapore, though the group that came up with the idea has since left the company.

The concept was based on a Pepsi can that had been cut in half to be used as an ash tray. Passersby in Singapore recently could grab a shareable can from a “happiness truck,” though we reckon it’s unlikely the can will end up being made as a real product that’s widely available.

It’s not the first time the beverage company has made a video that plays on the friendship theme. In 2011, it showed off a super tall vending machine from which you could buy a drink, with the help of a friend to boost you up. 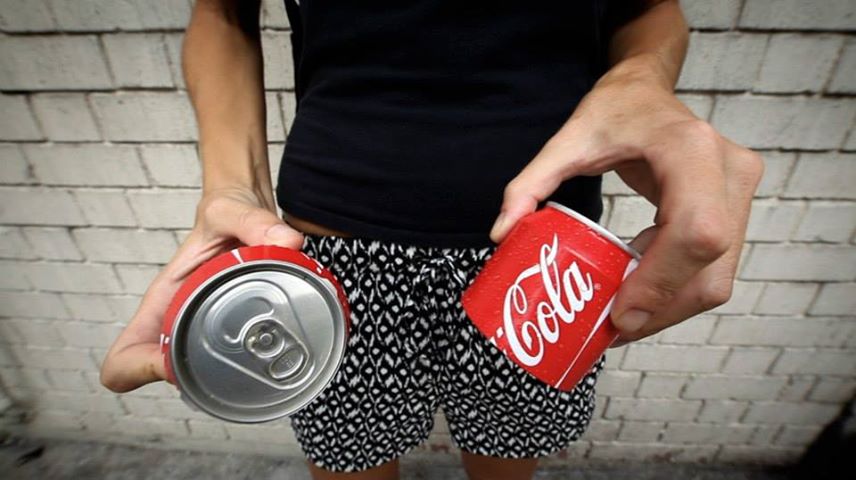 Coca-Cola: The Sharing Can added by Newsroom on June 3, 2013
View all posts by Newsroom →