By Newsroom on September 24, 2014Comments Off on Courvoisier Launches “Exceptional Journey” Campaign

Courvoisier, one of the world’s leading luxury cognacs, announced the launch of its newest campaign: Exceptional Journey. Inspired by the rich legacy and heritage of the iconic Courvoisier cognac house, the Exceptional Journey campaign celebrates the path toward achieving excellence and recognizes individuals who have fully embraced the journey – and the lessons along the way – as they’ve reached outstanding heights in their craft. 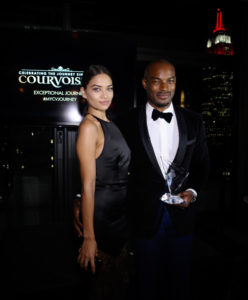 The Exceptional Journey campaign features an original Web series, hosted by celebrity Chef Roble Ali, which tells the stories of five individuals on their own exceptional journeys, celebrating the immense passion that goes into their crafts and the moments that have defined their careers.

Kicking off the series is Grammy award-nominated musical duo The Foreign Exchange, whose common love of music inspired them to co-create their first album in 2004 from across continents, all the while never meeting face-to-face. The series also features creative director and fashion muse Vashtie Kola, photographer and filmmaker Jonathan Mannion, designer Andrew Chen and artist Naturel.

“Courvoisier’s Exceptional Journey campaign is a celebration of life’s aspirations and the extraordinary moments that inspire us to succeed in our own personal journeys,” said Claire Richards, Director World Whiskey and Cognac for Beam Suntory. 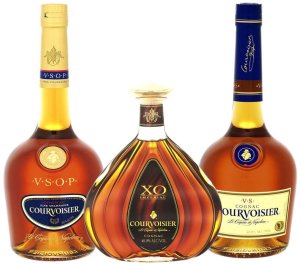 “The Courvoisier story began over 200 years ago in the hearts of two passionate men with an incredible dedication to their craft. This campaign honors the many individuals whose journeys, careers and achievements have been fueled by this same pursuit of excellence.”

In addition to the Web series, Courvoisier’s Exceptional Journey campaign offers fans access to a central hub of inspired content, articles and stories of extraordinary experiences on Courvoisier.com.

The brand also invites fans age 21+ to join the conversation and share their own exceptional moments on social media using hashtag #MyCVJourney.