By Newsroom on October 12, 2015Comments Off on Danepak Creates Bake Off Spoof – ‘Great British Bacon Off’ 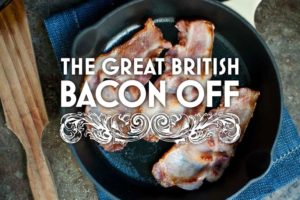 It features four contestants who are asked to create a signature sandwich and a showstopper, imitating the challenges that feature in every episode of Bake Off.

They are given two minutes, a pantry of ingredients and Danepak’s 90-second Rapid Rashers to create a classic bacon sandwich. In the second round, the contestants have ten minutes to make an elaborate bacon sandwich.

In the film one contestant says the worst thing that could happen is that the sandwich “could get not eaten”.

The film is part of Danepak’s “the serious bacon club” campaign, created by Isobel which picked up the account in 2014.

Danepak Creates Bake Off Spoof – ‘Great British Bacon Off’ added by Newsroom on October 12, 2015
View all posts by Newsroom →