By Newsroom on January 17, 2017Comments Off on DDB Hong Kong Sees New Year Through a Child’s Eyes in Campaign for McDonald’s

McDonald’s, in partnership with DDB Group Hong Kong, are encouraging people to rediscover the magic of Chinese New Year (CNY) with a new brand spot bringing in the Year of the Rooster. 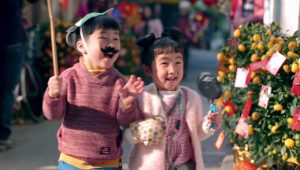 The 60 second TVC sets out to remind viewers what CNY felt like when they were children. Too often the rituals around the festival lose its fascination as people grow older, and repetition, routine and chores wear down the magic they once experienced as children. In 2017, McDonald’s is recreating those feelings of wonder with a simple yet relatable human story. 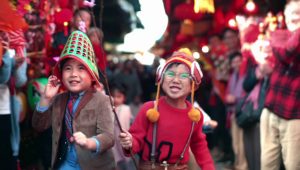 The spot opens on a CNY parade – a spectacular show of colour and sound – and leads up to a show-stopping moment when a little girl shares her McDonald’s fries with the dancing lion, proving the power of small gestures to make a big difference.

“Despite CNY being one of the most important festivals for family traditions, for many people it’s the little things that make it most memorable. That’s why our spot too had to be little – a little human story. We basically followed DDB Worldwide Chairman Emeritus Keith Reinhard’s legendary, yet timeless, creative formula: a simple story, with a surprise, and a smile at the end,” said Andreas Krasser, Head of Strategy and Innovation at DDB Group Hong Kong. 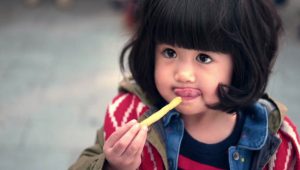 “As a brand, we have a strong belief in the heartland values of our local community, and our role in creating happy moments – one smile at a time,” said Randy Lai, Managing Director at McDonald’s Hong Kong. “DDB did a fantastic job of putting together a beautiful TV spot that’s reminiscent of the sheer joy we experienced as children during CNY.”

The TVC launched in mid-January, and is supported in print.

DDB Hong Kong Sees New Year Through a Child’s Eyes in Campaign for McDonald’s added by Newsroom on January 17, 2017
View all posts by Newsroom →