By Newsroom on April 22, 2015Comments Off on Diageo Bring Back Pimms Vodka Cup Amid City of London Club Pressure 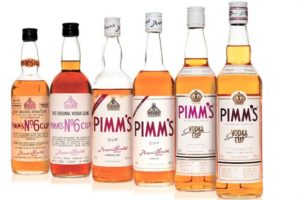 Diageo has resurrected its Pimms Vodka Cup version after members of the prestigious City of London Club lobbied the drinks manufacturer to re-instate it.

The drinks manufacturer bowed to consumer pressure after it was subjected to letters, tweets and emails from fans of the Pimms vodka variant after Diageo discontinued it.

Following requests to bring it back after it was delisted last year, the drinks giant pledged in October it would make it available for sale this summer.

It has now revealed the drink will be on sale from May via Diageo-backed website alexanderandJames.com and Justerinis.com.

Originally launched in 1964, Pimm’s Vodka Cup was the sixth variety of Pimm’s to hit shelves across the UK.

“We have been overwhelmed by the outpouring of support for Pimm’s No.6 Vodka Cup and we are delighted to have been able to listen to the British public’s request to bring back the product in time for summer,” said Joanna Segesser, senior brand manager at Pimm’s.

“We want to thank everyone who campaigned for Vodka Cup’s return.”

Diageo Bring Back Pimms Vodka Cup Amid City of London Club Pressure added by Newsroom on April 22, 2015
View all posts by Newsroom →