By Newsroom on November 27, 2013Comments Off on Diageo Offers to Sell Most of Whyte & Mackay 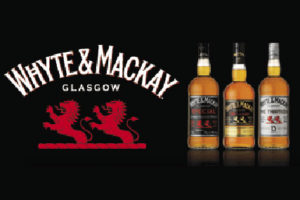 Drinks giant Diageo has offered to sell most of its Whyte & Mackay business to address regulators’ concerns over competition in the blended Scotch whisky market.

The offer, made to the Office of Fair Trading, followed Diageo’s purchase of a 25% stake in Indian company United Spirits, which owns Whyte & Mackay.

The deal prompted complaints to the OFT by retailers about possible price rises for bottled blended whisky sold in the UK.

Both Diageo and United Spirits supply spirits in the UK and around the world, and Diageo’s Bell’s whisky competes with Whyte & Mackay’s own-label and branded blended whisky.

An OFT investigation concluded the concerns were justified, and it is now considering Diageo’s offer to sell most of the Whyte & Mackay business with the exception of two malt distilleries at Dalmore and Tamnavulin.

The OFT said that other manufacturers of blended whisky would not be able to offset the loss of competition likely to result from the merger. 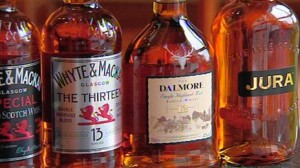 Chris Walters, OFT chief economist, said: “These companies are two of the leading suppliers of blended bottled whisky in the UK, especially to supermarkets and other large retailers.

“Our investigation considered a wide range of evidence and we concluded that the likely loss of competition could give rise to higher prices for retailers, and ultimately consumers.”

Diageo, which is behind brands including Guinness, Smirnoff, Johnnie Walker and Baileys, said it would be assisting the OFT with its ongoing work.

“The [proposed] remedy involves the sale of Whyte & Mackay’s Invergordon, Jura and Fettercairn distilleries, and all of W&M’s central operations,” a Diageo spokeswoman said.

Diageo Offers to Sell Most of Whyte & Mackay added by Newsroom on November 27, 2013
View all posts by Newsroom →