While the “Halloween” reboot is dominating at the box office, another Halloween-themed movie hit theatres in October, with a cast including Mark Hamill. But instead of coming from a major studio, it comes from King’s Hawaiian.

The privately-held maker of rolls and Hawaiian-inspired barbecue sauces began thinking about new shopper marketing ideas nearly four years ago, including how to highlight some Halloween-inspired recipes. It decided to come up with a backstory, which ultimately led to making the feature film.

King’s Hawaiian isn’t the first food industry marketer to take its ideas to the big screen in 2018. “The Legend of Hallowaiian” follows this summer’s theatrical release of “Uncle Drew,” a movie born from a years-long Pepsi campaign starring basketball star Kyrie Irving as an older guy who can play ball. While “Uncle Drew” started as a marketing device and expanded years later into a feature-length film, “Hallowaiian” is a new idea for King’s Hawaiian.

The movie follows a trio of friends in Hawaii who find a figure in a cave on the night of Halloween. The kids, Kai, Eddie and Leilani, accidentally release an evil, pineapple-headed monster on the island. 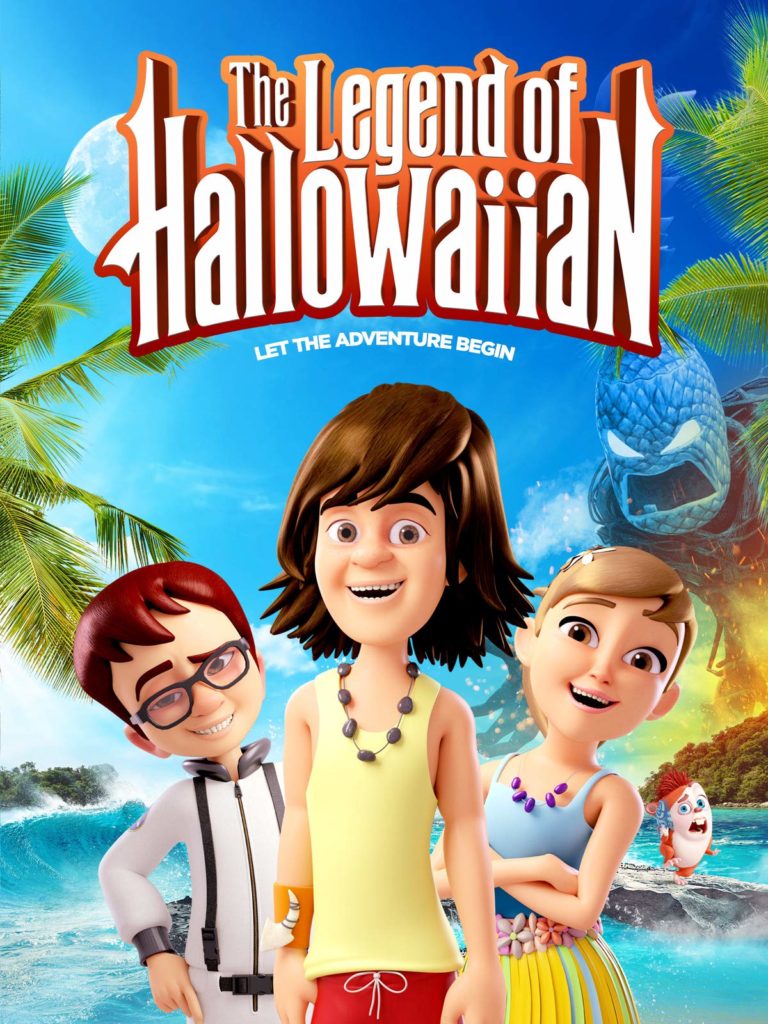 “The Legend of Hallowaiian” features the voice of Hamill (as Officer Duke), along with Vanessa Williams and Tia Carrere. among others.

The 82-minute animated film is meant to fill what CMO Erick Dickens sees as a bit of a void when it comes to kid-appropriate Halloween content. Sure, there are plenty of movies, like the latest “Halloween,” for an older set, but “We still find ourselves watching ‘It’s the Great Pumpkin, Charlie Brown’ every Halloween because there’s not an abundance of content this time of year” aimed at a younger audience, says Dickens.

And while “Hallowaiian” has very limited theatrical distribution and hasn’t done much business there so far, it has helped King’s Hawaiian boost in-store distribution and sales this month. Dickens says King’s Hawaiian is already considering doing a second movie, perhaps a sequel or a fresh story that may use some of the characters from the first film.

“It’s more successful for the bread business than we had anticipated,” says Dickens, citing sales at retail, retailers supporting the displays and incremental shipments to retailers.

The trailer doesn’t tie the brand into the story, though the rolls do get a couple of mentions in the movie itself. (Spoiler alert: one home hands out King’s Hawaiian rolls instead of candy on Halloween. Later, a character smells them in a trick-or-treat bag.) Dickens likens the brand’s appearance in “Hallowaiian” to how Reese’s Pieces are shown in “E.T.”

Dickens has a producer credit on the film, which comes from King’s Hawaiian’s production company, Fresh Baked Films, and Canadian animation studio Arcana, and is being distributed by SC Films International.

The movie, in-store displays and online recipes for foods such as Pineapple Upside Down Eyeball Bread and Monster Meatball Sliders are a tactic to get people thinking about the brand at a time when it isn’t quite as popular. King’s Hawaiian’s three biggest times of the year are, in descending order, Thanksgiving, Christmas and Easter. 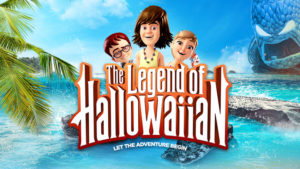 Dickens declined to discuss specific costs behind the project, which comes nearly two years after King’s Hawaiian ran its first Super Bowl spot. King’s Hawaiian says it does between $400 million and $500 million in annual sales. “We were able to keep costs quite low,” he says. “We limited our spend on the project to an amount we felt confident would pay back on the project itself.”

One challenge was getting everything ready in time for the September release of the movie on DirecTV to give the brand the chance to showcase the idea with in-store merchandising. The movie was available exclusively on DirecTV, for $9.99 (or $10.99 for high definition) for about a month before hitting select theatres on Oct. 18.

Dickens says he doesn’t have any results from in-home or in-theatre screenings but says the movie is already slated to expand into other countries. “We’re not expecting to win cinematography (or) animation Oscars, but we definitely wanted to produce something as quality as possible,” he says.