By Newsroom on October 5, 2015Comments Off on Domino’s Pizza Opens Its First Store In Italy 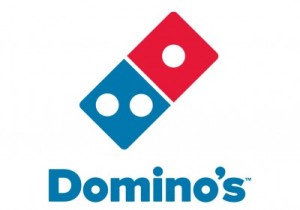 How do you introduce “American pizza” to the original home of one of the world’s most popular foods? For a global brand like Domino’s, the answer is: you don’t.

Instead, you introduce an American-founded brand launched by local ownership, which sources 100 percent local ingredients to create what is ultimately a local pizza menu. The result: Domino’s opened its first store in Italy, in the northern city of Milan.

ePizza S.p.A, doing business as Domino’s Pizza Italia, holds the new master franchise rights to operate the Domino’s brand in Italy. The franchise, led by Alessandro Lazzaroni, 36, plans to open three stores in Milan before year’s end. Lazzaroni has years of successful, entrepreneurial experience behind him, as he recently served as commercial retail director of Galbuser, a premium Italian bakery company. He also served as business insights and marketing manager for McDonald’s.

“Domino’s is a global brand, with American roots, and we’re proud to be able to introduce it to the Italian people – with a twist,” said Lazzaroni. “We will be using a recipe created by us, using locally-sourced wheat. Everything else is purely Italian. We are purchasing all of our products from Italian producers. We’ve created our own recipe, starting for the original pizza recipe, with Italian products, like 100 percent tomato sauce and mozzarella, and products like Prosciutto di Parma, Gorgonzola, Grana Padano and Mozzarella di bufala Campana.

“We will also leverage Domino’s excellence in technology, being able to operate online delivery as nobody else, to bring to Italian people what is fully missing today: a very good local pizza served at home quickly and hot, which can be ordered online with few clicks and at a very competitive price.” 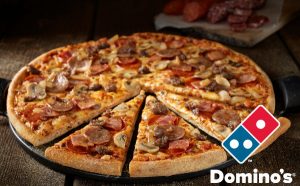 “The beauty of pizza is in its customization,” said Richard Allison, president of Domino’s International. “Pizza can be made to appeal to the tastes of the individual. It can also be customized to meet the tastes of an entire market, and that’s we’ve done here. We have found great local ownership who wants to take our business model of great food delivered quickly and give it an Italian ‘flavor.’ We’re proud to be the brand that the newly-formed franchise company wants to introduce to their fellow Italians.

“Italy can be a major milestone for the recognized world leader in pizza delivery, as no major American pizza brand has successfully entered the market,” Allison continued. “We’re going where no major pizza brand has gone before.”

Italians are said to eat pizza an average of seven times per month.

In addition to the traditional Margherita (favored by 70 percent of Italian consumers), Domino’s will offer all other favorites such as Napoli and Sicilian. Desserts on the menu include other local products, including Tortino Al Cioccolato and Tiramisu.

Domino’s Pizza Opens Its First Store In Italy added by Newsroom on October 5, 2015
View all posts by Newsroom →