By Newsroom on March 6, 2017Comments Off on FCB Jakarta Takes Mini Oreo on a Video Road Trip Promoting their Snack Anywhere Concept

Mini Oreo was seen as a little Oreo and was eating into its shares thereby limiting the growth for both brands. 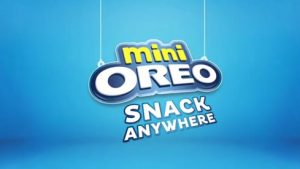 Hence it was important to create a separate identity for Mini Oreo. Due to its bite-sized format and portable packaging, Mini Oreo could easily pass off as a snack that could be consumed while on the go.

For the first time ever, a real time response through a video campaign via FCB Jakarta captured the attention of the right audience, conveying the message and helped the brand grow in the right direction.