By Newsroom on June 24, 2014Comments Off on Glenmorangie Celebrates The Open Championship With A New Digital Campaign

Glenmorangie, The ‘Spirit of The Open’ and Scotland’s favorite single malt whisky, has announced a new campaign that invites golf fans around the world to identify the world’s finest golf holes. The aim is to establish the ultimate list of the world’s 18 most ‘Unnecessarily Well Made Golf Holes.’ 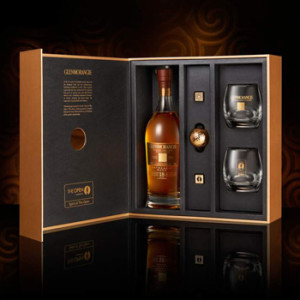 Glenmorangie takes great pride in the lengths to which it goes to create some of the world’s most sought-after single malt Scotch whiskies; likewise it takes great lengths and dedication to craft a great golf hole. To celebrate its association with The Open Championship, Glenmorangie will invite golf fans to nominate and vote for the world’s best golf holes via a dedicated website.

Golf fans will be able to vote for their pick of these great holes for a chance to win the ultimate grand prize: an all-expenses-paid trip of a lifetime, a Scottish golf and whisky odyssey to attend the 2015 Open Championship at the home of golf, St. Andrews! 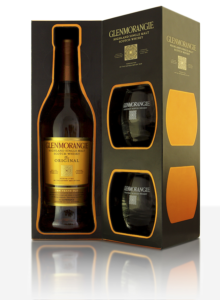 Glenmorangie Ambassador Sir Nick Faldo said: “The factors that go into electing the finest golf holes are endless; you want the atmosphere and electricity of the home of golf, you want something dramatic, giant bunkers, the California coast line.  What I think it comes down to though is the scare factor.  A hole that makes you think.  The Final 18 will be a remarkable mixture of all of these things, allowing you to get a little taste of everything.”

Glenmorangie has also partnered with Golf & Body NYC to present an exclusive ‘Well Made Well Played’ Glenmorangie experience. Golf & Body NYC is a private club in the heart of Manhattan providing golfers with expert led programs for enhancing performance and the ultimate entertainment options including seven state of the art simulators; effectively turning the “19th hole” into a sophisticated social experience.

From June 1st to July 20th, non-members can purchase Glenmorangie guest passes to play a virtual round of golf paired with a round of Glenmorangie Original and Glenmorangie 18 Years Old.

Glenmorangie Celebrates The Open Championship With A New Digital Campaign added by Newsroom on June 24, 2014
View all posts by Newsroom →