By Newsroom on January 14, 2016Comments Off on Golfer Jordan Spieth Signs Multi-Year Partnership Deal With Coca-Cola 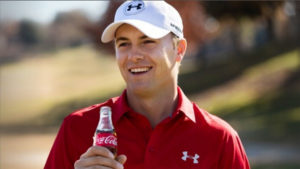 The world’s top-ranked golfer will tee off with Coca-Cola this season.

Jordan Spieth – who became the face of professional golf in 2015 by winning The Masters and The U.S. Open Championship, and clinching the PGA TOUR’s 2015 FedEx Cup at the Tour Championship by Coca-Cola – has signed a multi-year partnership agreement with Coca-Cola North America.

“As a Coca-Cola brand ambassador, I look forward to bringing greater awareness to the sport of golf globally and engaging with fans in exciting new ways,” said Spieth, fresh off an impressive win at the 2016 Hyundai Tournament of Champions in Hawaii. “It’s a special brand with a rich history, and I couldn’t be more excited to be a part of that history.”

At age 19, Spieth launched his record-setting career when he became the youngest player to win on the PGA Tour in 82 years and the youngest ever to play on the U.S. Ryder Cup team. In the three years since turning pro, Jordan has won eight titles worldwide, including the 2015 Masters and U.S. Open, becoming the youngest golfer ever to hold the first two legs of golf’s Grand Slam at just 21 years old. He is currently the defending FedEx Cup Champion, 2015 Player of the Year, and finished the 2015 season ranked No. 1 in the Official World Golf Rankings.

“There is no question Jordan is a generational talent, even as his professional career is just getting started,” said Stuart Kronauge, senior vice president, Brand Marketing, Coca-Cola North America. “As a company, what we admire most about Jordan is the way he has embraced being a role model. His actions, values and character both on and off the course make him an ideal Coca-Cola brand ambassador.” 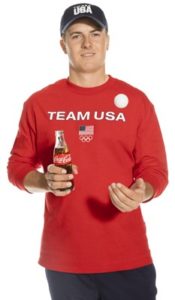 In addition to a steady stream of Coca-Cola initiatives throughout the PGA Tour season, Spieth will be featured as a U.S. Olympic Hopeful and member of Coca-Cola’s 6-Pack of Olympic and Paralympic athletes leading up to the Rio 2016 Olympic Games. Golf will be an Olympic sport for the first time since 1904.

“Being able to compete in the Olympics is something I’ve always dreamed of,” Spieth said. “I’ve represented my country before… but to be considered an Olympian and have the chance to win a gold medal for my country would be an incredible honor.”

Spieth, who enjoys cracking open an ice-cold Coca-Cola after a long, hot day of practicing in Texas, says some of his favorite Coca-Cola memories are still being made.

“After winning the Tour Championship by Coca-Cola, one of the perks is receiving a 1955 Coca-Cola vending machine that dispenses the old-school glass bottles,” he said. “My little sister absolutely loves it. She comes over, goes straight to the machine, grabs a few bottles out, hands them around and asks me to open them for her.”

The Spieth partnership marks the latest chapter in The Coca-Cola Company’s rich golf history, which dates back to Bobby Jones — co-founder of The Masters and regarded by many as one of the greatest players of all time. Jones appeared in a Coca-Cola advertising campaign in 1947 honoring the great champions of sport and became a Coca-Cola bottler shortly thereafter. Spieth won the 2015 TOUR Championship by Coca-Cola at East Lake Golf Club in Atlanta — Jones’ home course, where Jones is said to have played his first and last rounds of golf. 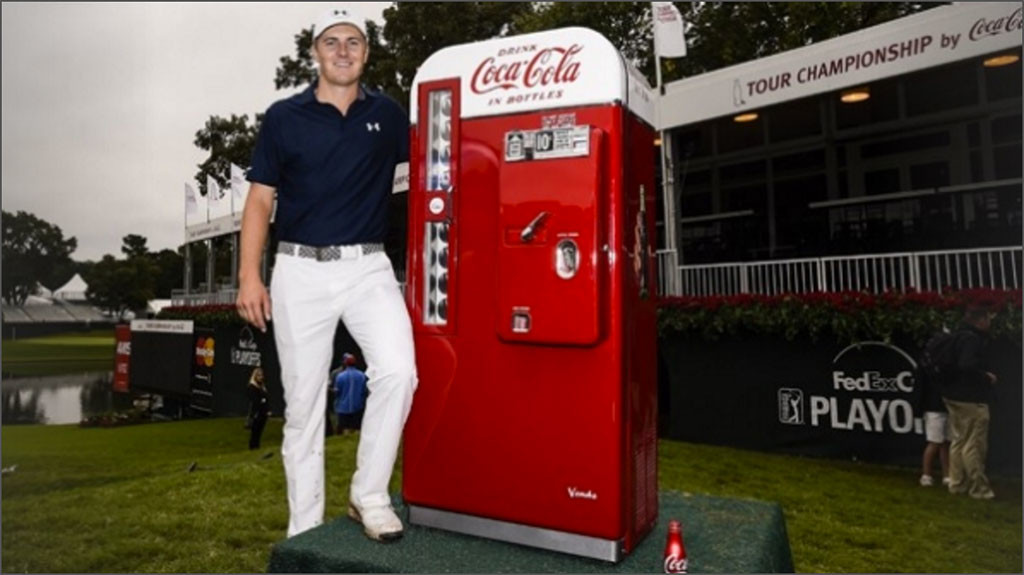