By Newsroom on July 21, 2016Comments Off on ‘Greatness is Brewing’ in Rokkan’s New Campaign for Café de Colombia

Rokkan, the Creative Agency of Record (AOR) for the Colombian Coffee Growers Federation (FNC) and its public-facing arm Café de Colombia, launched a bold new campaign re-introducing Colombian coffee to a new generation. Titled “Greatness is Brewing,” the campaign highlights the idea that groundbreaking accomplishments are the result of many small steps—especially when it comes to 100% Colombian coffee. This is Rokkan’s first campaign for Café de Colombia.

Living on a purpose-built site called GreatnessIsBrewing.com, the campaign is slated to run nationally in the U.S. and continue into early 2017. Its purpose: to increase awareness and demand for 100% Colombian coffee, especially among millennial and emerging coffee consumers. 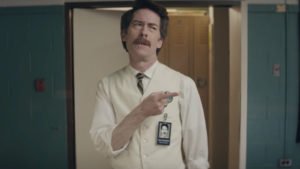 Today, younger coffee consumers are surrounded by coffee origin stories from all around the world. “Greatness is Brewing” finds common ground in Café de Colombia’s meticulous processes and quality with a millennial pursuit to do more. The work follows Café de Colombia and Rokkan’s initial partnership announcement from earlier this year.

“Previous generations readily recognize that Colombian coffee is among the best in the world,” said Roberto Vélez, CEO of the FNC. “With this campaign, we want new coffee drinkers to have a better understanding of the superior qualities that come from Colombian coffee beans, how they are selectively picked, inspected for quality and taste. We want them to look for Colombian coffee in their favorite coffee shop or in the grocery store nearby. We want them to know that ‘Greatness is Brewing.'”

Echoing this concept, the campaign by Rokkan uses a tongue-in-cheek version of a Moon mission to ask viewers: “What if humankind’s greatest strides aren’t made by the biggest steps?” This imagery, juxtaposed with the many steps that it takes to create quality 100% Colombian coffee, is meant to reinforce the importance of a coffee bean’s origin since the resulting brew is so often a crucial fuel that drives breakthrough work. 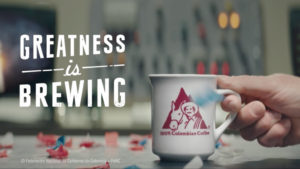 On creative reasoning behind the work, Rokkan’s Chief Creative Officer Brian Carley noted that long industry hours served as a sort of inspiration to the team: “Whether it’s a manned mission to the Moon or a brand overhaul, odds are high that a few good cups of coffee were involved,” he said. “We wanted to draw a fun parallel between 100% Colombian coffee’s world-class quality and the small contributions that go into great work.”

Other components of the campaign managed by Rokkan include promoted online video and banners; managed social content over Facebook and Instagram; and a supplemental influencer program to drive knowledge and understanding of 100% Arabica, mountain grown, high quality Colombian coffee.

‘Greatness is Brewing’ in Rokkan’s New Campaign for Café de Colombia added by Newsroom on July 21, 2016
View all posts by Newsroom →