By Newsroom on September 6, 2013Comments Off on Japanese Clinch Ribena & Lucozade for £1.35bn from GSK 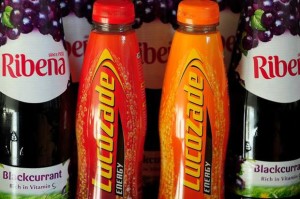 Ribena and Lucozade have been sold to Suntory Beverage & Food for £1.3bn — the price of 2.3 billion cartons of the blackcurrant drink.

GlaxoSmithKline, Britain’s biggest drugmaker, put the drinks up for sale in February as part of chief executive Sir Andrew Witty’s push on healthcare brands and vaccines.

Private equity firms including Blackstone and Lion Capital were thought to be interested in the brands but Suntory, which entered the European market four years ago when it bought Orangina Schweppes for £2.2 billion, won out.

The Japanese secured global rights to the drinks, which together have sales of £500 million a year, and GSK’s Coleford manufacturing site in the Forest of Dean.

“The vast majority of employees at the site and those working on Lucozade and Ribena in commercial and R&D functions will transfer to [Suntory] under the provisions of English employment law,” Glaxo said. But it will continue to make and distribute Lucozade and Ribena under licence in Nigeria.

“Glucozade”, first manufactured by Newcastle chemist William Owen in 1927, has become the second-biggest soft drinks brand in the UK last year, according to retail analyst Nielsen.

David Redfern, chief strategy officer at GSK, which is facing claims of corruption at its Chinese business, said: “Lucozade and Ribena are iconic brands that have made a huge contribution to GSK, but now is the right time to sell them as we increase the focus of our consumer healthcare business and execute the delivery of our late stage pipeline of pharmaceuticals and vaccines.”

Japanese Clinch Ribena & Lucozade for £1.35bn from GSK added by Newsroom on September 6, 2013
View all posts by Newsroom →