By Newsroom on March 15, 2013Comments Off on Hershey And Barry Callebaut Lag Industry In Addressing Child Labor 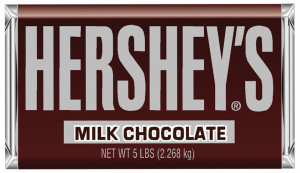 Based on data revealed by the Department of Labour’s Child Labour Cocoa Coordinating Group (CLCCG), the non-profit groups behind the Raise The Bar, Hershey campaign, concluded that while many companies have increased their commitments to reducing child labour in the communities they source from, others lag behind, notably Hershey and Barry Callebaut.

This week the CLCCG will wrap up its meetings for 2013. Over the last few days, chocolate companies; the Ivorian, Ghanaian, and US Governments; and civil society organizations have met to receive updates on the work that is being done by the cocoa industry and the Ivorian government to end child labour and trafficking on cocoa farms by 2020.

Following is a breakdown of the funds designated by each company to fight child labour in cocoa under the CLCCG framework.  Programs and initiatives that are considered part of the industry commitment must be approved by the CLCCG and must be in line with the Framework of Action, which the companies signed in 2010.

Hershey, the largest chocolate maker in the United States, brings in over $5 billion in revenue every year. Barry Callebaut is one of the largest suppliers of chocolate in the world.

As two of the biggest chocolate companies in the world, Barry Callebaut and Hershey are just as responsible as their counterparts for the atrocious labour conditions of the cocoa sector. And yet, both have been miserly when it comes to the fight to remove children from the cocoa fields of West Africa.

In addition, the NGO’s critiqued the quality of Barry Callebaut’s and Hershey’s programs. Hershey’s only initiative to fall under the CLCCG program requirements is the CocoaLink, program, which sends text and voice messages to farmers to discourage the use of child labour and encourage more efficient farming techniques.

This program was launched in March of 2011 and to date has 3,720 subscribers registered in Ghana, where there are an estimated 700,000+ cocoa farmers. CocoaLink has reached less than 1% of cocoa farmers in Ghana, and no farmers in Cote D’Ivoire.

By Hershey’s own testimony, only about one third of the text messages address social issues, a portion of which mention child labour. 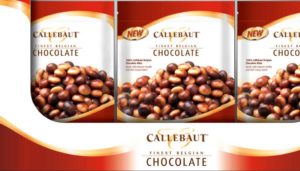 As there is still no evaluation report on this program, it remains unclear whether these messages have had any substantial impact on farmers’ lives.

In fact, Hershey’s own anecdotal reporting suggests the program is slow to progress “due to low literacy levels and the general unfamiliarity with mobile phone usage.”

No matter how many schools are built or how many health centers are staffed, the balance of power in the cocoa supply chain will remain in the hands of cocoa exporters and chocolate brands unless cocoa farmers can be empowered to negotiate a decent price for their crop. Until then, farmers will continue to live in poverty.

Hershey And Barry Callebaut Lag Industry In Addressing Child Labor added by Newsroom on March 15, 2013
View all posts by Newsroom →