Hospitality Action’s 180th birthday celebrations are coming to a crescendo with a spectacular birthday party on Monday 2nd October at the Park Plaza Westminster Bridge. The evening will include a spectacular host of chefs who have seven Michelin stars between them. Tom Kerridge, Angela Hartnett, Ashley Palmer-Watts, Tom Sellers and Paul Hood, are among the stars who will  prepare a four course feast for guests.

Penny Moore, Hospitality Action CEO says: “2017 is a very special year for the charity. We’ve had a jam packed calendar of events this year – in what is set to be the biggest of them all, our birthday party will not only be a night to remember but it will also bring us a big step closer to reaching our record breaking fundraising target of £1.8million. It’s only thanks to the ongoing support of the industry that we’ve been able to make a difference to all of these people’s lives and now it’s time to celebrate!” 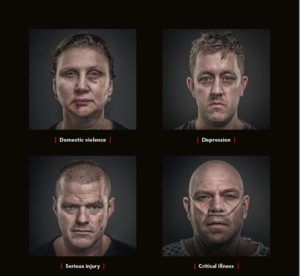 The event will provide the exclusive opportunity to taste some of the best food in the country with tickets costing £150 per person or £1,400 for a table:

Jason Atherton, patron of the charity, says: “Hospitality Action is a fantastic charity, which is very close to my heart. It helps countless people in the industry – from chefs and hoteliers to contract caterers, waiters and school cooks. I’ve been working with Paul Hood to create a truly spectacular main course to help give the charity the party it deserves and once again am honoured to be able to support such a great cause.” 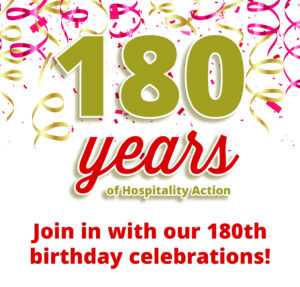 Tom Sellers adds: “Just like Angela, Tom, Ashley and Paul I have been very fortunate in my career as a chef but sadly, others have not been so lucky. That’s why we’ve pulled together to make Hospitality Action’s 180thBirthday Party one to remember. We want to celebrate everything the charity has achieved over the years and make sure they are here for many more years to come!”

The evening will see a whole host of fundraising taking place including a live auction with fantastic lots including tickets to see Little Mix, a two night stay at The Pig at Combe and tickets for a day of Jumps racing at Ascot on the 23rd December, including Christmas Carol Singing, Mince Pies and more.

Tom Kerridge concludes: “It’s amazing to think that Hospitality Action has been helping people since 1837. Over the years they have touched countless lives, improving them for the better. Hospitality is a rewarding yet hard industry to work in and I want to make sure, along with my fellow chefs, that Hospitality Action and its supporters have a real night to remember.”