How Much Beetroot Juice to Drink, & When, to Optimise Sporting Performance

By Newsroom on May 23, 2013Comments Off on How Much Beetroot Juice to Drink, & When, to Optimise Sporting Performance 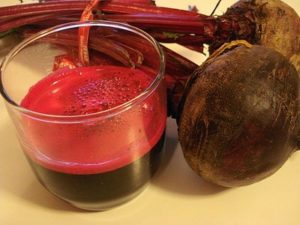 Athletes no longer ask whether beetroot juice improves sporting performance – they just want to know how much to drink, and when. A new study – aimed at helping sportsmen and women including footballers, rugby, tennis and hockey players, cyclists and marathon runners – has the answers.

The University of Exeter’s Sport and Health Sciences department has published a new paper in the Journal of Applied Physiology looking at the effects of taking three different doses of beetroot juice on different exercise intensities.

The research team, led by Professor Andy Jones, used Beet-It, concentrated beetroot juice, which is sold in 70 ml shots. The three doses used in the study were 1 shot, 2 shots, or 4 shots.

The findings suggest that two concentrated beetroot shots (with about 0.6g natural dietary nitrate) are better than one in order to produce optimal performance gains during “severe” intensity exercise (activity which results in exhaustion after 6-10 minutes). These 2 shots are best consumed 2.5 hours before the onset of exercise.

For those about to carry out “moderate” exercise, drinking up to 4 shots of beetroot juice, about 2.5 hours before the start of the activity, is thought to be optimal for improvements in exercise economy. Exercise economy is a strong predictor of long duration exercise performance such as is needed for marathons and cycling road races.

Professor Andy Jones said: “Our original research indicated that the amount of dietary nitrate makes a difference to its impact. This new paper provides a much clearer picture of when and how much is optimum. In particular, it underlines that there is no advantage to be gained from taking very large doses”.

Previous research has indicated that beetroot improves sporting ability and stamina because of its high nitrate content.

This latest study suggests that effect on performance is at its peak 2-3 hours after ingestion, and that the effects gradually decline, with little improvement being seen after about 12 hours.

In the study, the amount of oxygen required to maintain a given level of moderate exercise decreased after taking beetroot juice – in effect, it took less energy to cycle at the same pace. The best results decreased oxygen consumption by about 3%.

The sample groups also did a cycle test to exhaustion. Interestingly the group which took two doses gave the best performance results, suggesting that larger quantities may not lead to greater stamina for athletes.

Beetroot juice has already been attracting a lot of attention from the sports world. Memorably David Weir, winner of four gold medals at the 2012 Paralympic Games, told Boris Johnson it was instrumental in his success.

Beet It is produced in Britain by James White Drinks Ltd, which has worked closely with beetroot juice research teams throughout the world since 2008. The company, based in Suffolk, has recently expanded its beetroot pressing operations with the help of EEC funding. It has also launched two new beetroot juice blends (with Ginger and with Passionfruit) to widen its appeal.

Lawrence Mallinson, owner of James White, said: “As producers of Beet It, we are proud to be the beetroot juice supplier for this fascinating research. We are now supplying Beet It to almost 50 universities across the world where a wide range of studies are being carried out to discover more about the many health benefits of drinking beetroot juice, including its ability to lower blood pressure.”

How Much Beetroot Juice to Drink, & When, to Optimise Sporting Performance added by Newsroom on May 23, 2013
View all posts by Newsroom →