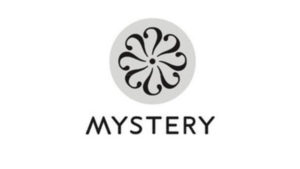 A group of industry veterans has joined forces with Dan Einzig, founder and CEO of Mystery, the award- winning hospitality concept creation agency, to create Chiktopia, a new ‘fast-food 2.0’ business.

“The idea for Chiktopia was hatched on a quest to find the nirvana of chicken and took us as far as New Orleans, Louisiana,” says Dan Einzig, who is also a founding investor in a portfolio of brands in the sector, including Bubbleology, the international bubble tea business.

He explained: “Once we found what is widely lauded as the best chicken in America, the insight we had at that moment was that not only could we open our own place and steal the crown, but that we enjoyed the quest for Chiktopia more than finding it! For us, Chiktopia is not a destination, it’s an on-going mission, not only to create the very tastiest chicken and satisfy our guests’ cravings for chicken paradise, but also to have a demonstrable social impact by helping people in need.”

“It’s flattering to have attracted investment from such senior industry figures. Their guidance and support will be invaluable as we pursue our strategy to position Chiktopia as a leading UK restaurant brand.”