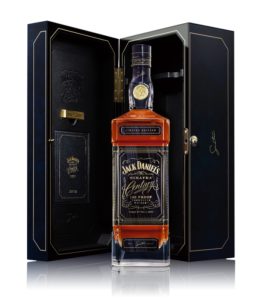 The relationship between Frank Sinatra and Jack Daniel’s is legendary, special and authentic and one that still holds strong to this day. First recommended by friend Jackie Gleason, the Tennessee Whiskey quickly became Sinatra’s signature drink. During performances, he kept a glass of Jack Daniel’s on a nearby stool on stage. It was his drink of choice at bars in his favorite cities, Las Vegas, Palm Springs, Chicago, Miami and (of course) New York.

“At the Jack Daniel’s Distillery in Lynchburg, we worked very hard to achieve a special flavor and aroma for Sinatra Century in order to give Frank a proper 100th birthday gift,” says Arnett. “This meant working with the people who knew him the most, his family, and honoring the legacy that he has shaped with our brand. We have created a product that we know the public will love just as much as Frank did.” 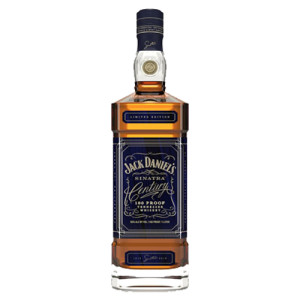 Like all of Jack Daniel’s expressions, Sinatra Century is crafted using the same cave spring water from the Jack Daniel’s Hollow, proprietary yeast and charcoal-mellowing process that’s been used in the distillery’s nearly 150-year-old Tennessee Whiskey recipe. From there, the whiskey enters specially selected “Sinatra” barrels hand-picked by Master Distiller Jeff Arnett. In those barrels, the liquid is exposed to extra layers of perfectly toasted oak through a grooving process only done at the Jack Daniel’s Cooperage. This allows the ultra-premium whiskey to achieve a pleasantly smoky and rich oak aroma that Sinatra was known to adore.

Commenting on Jack Daniel’s Sinatra Century, Frank Sinatra Jr. explains, “Sinatra Century is a fitting tribute to Dad and the perfect way to mark his centenary in December. Jack Daniel’s was Dad’s drink of choice, whether entertaining friends, or making new acquaintances. Therefore, it only seems right that we raise a toast of Sinatra Century to the musical legend as we celebrate what would have been his 100th birthday this year.”

This one-time, limited release of Jack Daniel’s Sinatra Century will be available nationwide beginning early October 2015 and will be the only available selection of the whiskey. Each exclusive bottle will be enclosed in a luxury gift box inspired by the legendary singer’s signature style. Additionally, the set will also offer a selection of previously unreleased Sinatra tracks, entitled “Sinatra Live at the Sands in 1966,” to accompany the specially designed Jack Daniel’s Sinatra Century bottle. The product will be priced approximately $499.99 per 1L.