Johnny Drama & Johnnie Walker Reminds You: Don’t Be An Idiot

By Newsroom on May 22, 2015Comments Off on Johnny Drama & Johnnie Walker Reminds You: Don’t Be An Idiot

Just in time for Memorial Day weekend and the impending Entourage movie opening on June 3, Johnnie Walker Scotch whisky – together with character Johnny Drama – has created a new animation to remind people to get home safe from their festivities. The 60 second video is part of the brand’s partnership with Entourage, the highly anticipated feature film from Warner Bros. Pictures, Home Box Office and Ratpac-Dune Entertainment, and was scripted by Entourage creator and writer Doug Ellin and voiced by actor Kevin Dillon.

“Whether out at a barbecue or at a bar with friends, the holiday weekend provides a great opportunity to remind people they always have options to plan a safe ride home,” explains Dan Sanborn, VP of Influencer and Entertainment Marketing for Diageo North America, Inc. 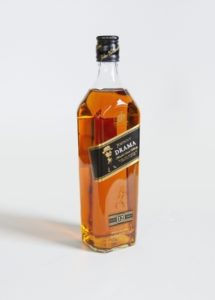 The responsible drinking spot is the second video released as part of the Johnnie Walker and Entourage partnership. The recent debut of “Johnny for Johnnie” – a short film written by Doug Ellin, directed by Entourage actor Kevin Connolly, and starring Entourage actor Kevin Dillon – employs Johnny Drama as the new face of the Johnnie Walker Scotch whisky brand.  As such, it was only fitting for Johnny “Drama” to deliver this sentiment in his true, dramatic form: “Don’t be a fu!*#ing  idiot and get yourself home safe!”

Cornerstone served as the lead creative agency for the Johnnie Walker and Entourage partnership, overseeing the creation and animation of the responsible drinking digital short.

This latest video continues the brand’s long established commitment to responsible drinking, including its global “Join the Pact” program with McLaren Honda F1 Team which asks consumers everywhere to pledge to designate a driver.

Johnny Drama & Johnnie Walker Reminds You: Don’t Be An Idiot added by Newsroom on May 22, 2015
View all posts by Newsroom →