By Newsroom on March 12, 2013Comments Off on Judge Cans New York Soda Ban 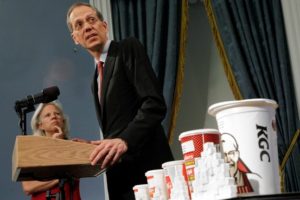 New York Mayor Michael Bloomberg was dealt a stinging blow on Monday when a state Supreme Court Judge quashed his plan to ban the sale of large sugary drinks in the city’s restaurants and other venues.

The ruling by State Supreme Court Justice Milton Tingling in Manhattan came down just one day before the ban was supposed to take effect. Tingling said he found the ban to be “arbitrary and capricious”.

At a press conference, Bloomberg said the judge’s ruling was “totally in error” and promised to keep pressing his effort to combat a growing obesity epidemic linked to heart disease and diabetes.

He has successfully fought off past court challenges to the smoking ban and the calorie count rule.

The National Restaurant Association joined the American Beverage Association and others in filing the lawsuit challenging the ban last fall, saying it was arbitrary and subjected restaurateurs to a standard that many of its competitors, including groceries and c-stores, didn’t have to meet.

“This is a great victory, particularly for thousands of restaurant operators and industry suppliers serving New York City who would have experienced financial hardships had the ban been enacted,” said Dawn Sweeney, President and CEO of the National Restaurant Association.

“We are extremely pleased that the judge recognized that the Board of Health exceeded its authority when it initially passed the ban.” 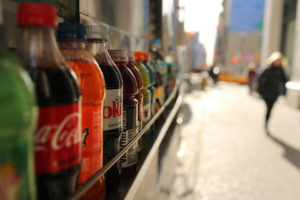 The ban would have prohibited restaurants, delis, stadiums and arenas, concession stands and food carts from selling sugar-sweetened beverages in containers above 16 ounces. Banned beverages would have included soda, sweetened iced tea, some smoothies, coffee drinks and lemonade.

Judge Tingling determined that Mr. Bloomberg exceeded his authority by sidestepping the City Council and placing the issue before the city’s Board of Health, a panel whose members were each appointed by the mayor.

Mr. Bloomberg said at the news conference he has no plans to bring the measure before the City Council.

Chris Gindlesperger, a spokesman for the American Beverage Association, which brought the lawsuit on behalf of companies such as Coca-Cola, PepsiCo and Dr Pepper Snapple, had this to say:

“The court ruling provides a sigh of relief to New Yorkers and thousands of small businesses in New York City that would have been harmed by this arbitrary and unpopular ban. With this ruling behind us, we look forward to collaborating with city leaders on solutions that will have a meaningful and lasting impact on the people of New York City.”