By Newsroom on October 21, 2016Comments Off on Kallø’s ‘Soup Scooter’ Hits the Streets as Part of Influencer-Led Campaign 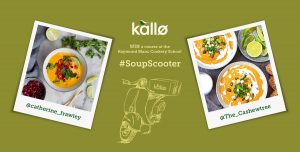 Kallø, the organic food brand, has launched its successful ‘Kallø Soup Scooter’ influencer-led social campaign, created by Exposure Digital. The activity aims to drive trial and awareness of the brand in the UK, encouraging consumers to cook with Kallø during its key winter and spring months.

The activity, which targets food lovers, will run for three weeks and reinforces and brings to life the brand’s existing message of ‘savour simple’, and its belief that great food and taste comes from using a few good ingredients rather than lots of complicated ones. 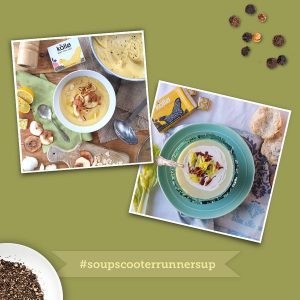 The campaign is fronted by food bloggers, Rebel Recipes, Twigg Studios, Plant Based Pixie, Ffion Mckeown and Catherine Frawley, who have each created their own soup recipes using Kallø stock cubes, sharing the recipes across their social channels. Followers are encouraged to create and share their own recipes for the chance to win 50 portions of their soup delivered to their office, street, community, or any location that will make the winner feel like a celebrity chef. Deliveries will be made by the Kallø Soup Scooter.

The winner will also receive a half day cooking class at the Raymond Blanc Cookery School at Belmond Le Manoir, as well as seeing their recipe featured in the January issue of Olive Magazine, complete with Kallø’s seal of approval. 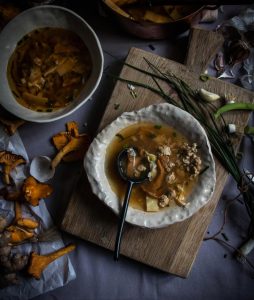 To enter, consumers are asked to post a picture of their recipes on Instagram accompanied by the hashtag #kallo or #SoupScooter before 3rd November. Winners will be picked by the influencers the next day.

As well as the competition, Kallø will also be sending out recipe boxes containing fresh vegetables and Kallø stock cubes to a further selection of food influencers to encourage additional engagement with the brand during the campaign.

Caroline Mitchell, senior brand manager at Kallø, said: “With the colder months fast approaching, once again we wanted to create a buzz around our healthy stock cubes. After its huge success earlier in the year, we wanted to revitalise our Soup Scooter, using Exposure Digital’s expertise in influencer marketing to champion our individuality; both creatively and through our products.” 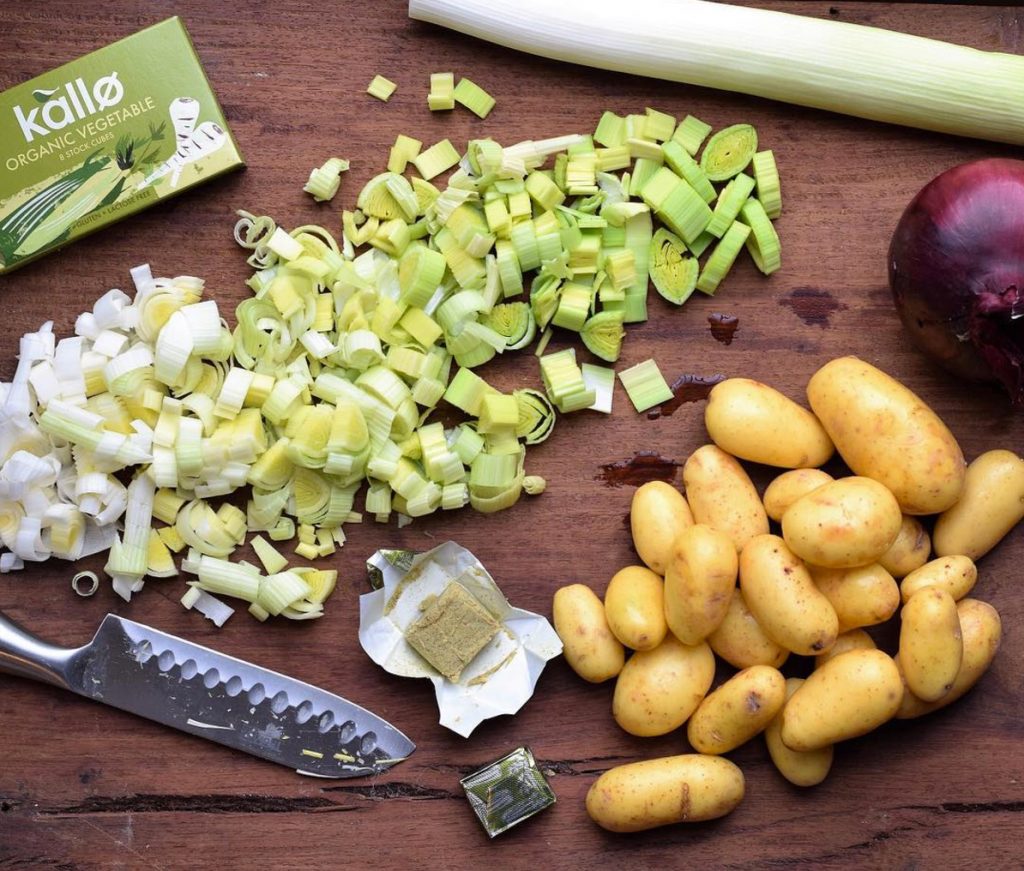 Jonathan Fraser, chief strategy officer at Exposure Digital, said: “Any campaign that harnesses the power of influencers needs to ensure it is positioned not only in front of the right audience, but also uses the correct content. By allowing our influencers to have complete control and create recipes they enjoy, we have delivered an authentic campaign for Kallø and their target audience.” 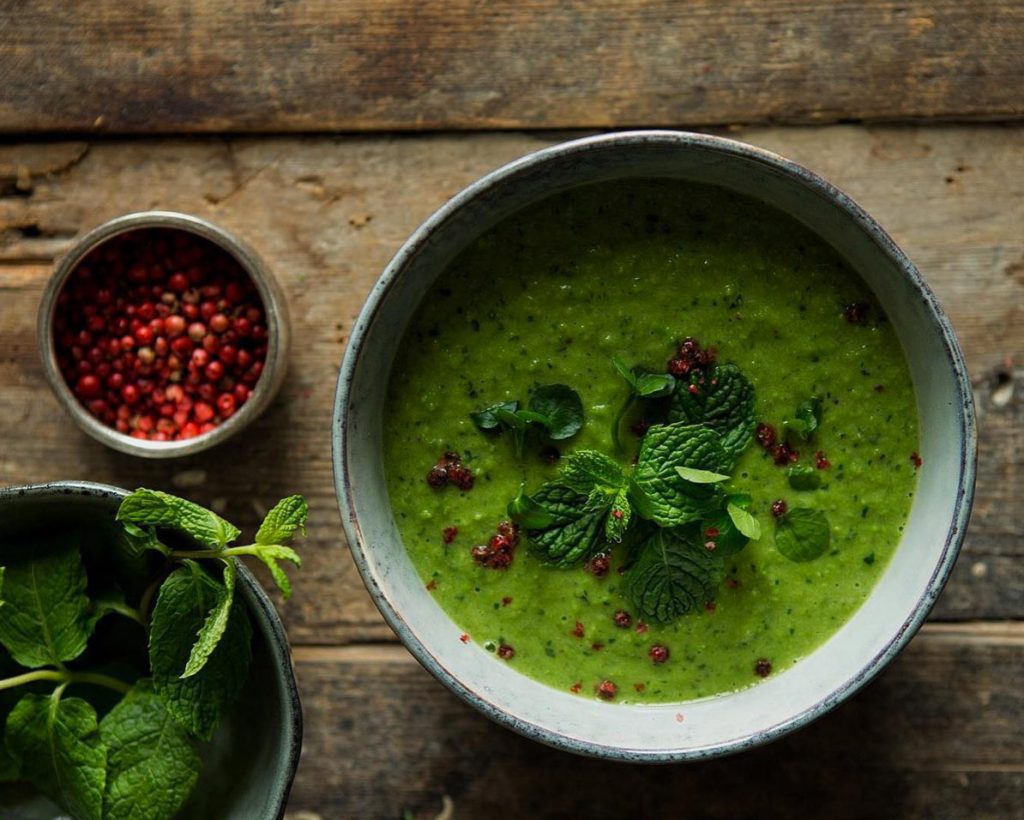 This is the second iteration of the ‘Kallø Soup Scooter’ campaign, which landed successfully earlier this year resulting in over two million impressions and nearly 40,000 Likes.

Happy Monday guys! ? Here’s my new favoutite soup and a little vid – Yay! Delicious pumpkin, sweet potato and coconut … so yum! I’ve teamed up the the guys from @saykallo for their #SoupScooter campaign to bring you some soup inspiration! And guess what there’s an amazing prize up for grabs! (Including a cookery course at Raymond Blank Cookery School!) All you need to do is create a yummy soup with your @saykallo stock cube, share your pic, recipe and name your soup & tag #SoupScooter for a chance to win!! More info here…www.kallo.com Here’s the recipe! Ingredients; * 1 small pumpkin * 1 large or 2 small sweet potatoes * 1 tbsp olive oil * 1 large oinion * 2 tbsp olive oil * 3 garlic cloves * Thumb size knob of ginger * Kallo vegetable stock cube * 2 pints of boiling water * 1 tsp chilli flakes * 1 tin of organic coconut milk * Splash tamari * Juice of 1/2 lime * Coriander leaves roughly chopped Directions; 1. Pre heat the oven to gas mark 4 2. Peel the pumpkin and sweet potato and chop roughly. Pop on a couple of baking trays and toss in the oil. Roast for aprox 30 minutes until soft. Set aside. 3. Saute the onion for 10 minutes in a saucepan with the olive oil until soft and staring to brown. 4. Add the garlic and ginger to the onions ( I grate them in as it saves time chopping) and fry for 1 minute 5. Add the vegetable stock, sweet potatoes, pumpkin, chilli, salt & pepper. Add the coconut milk and briefly bring to the boil then reduce the heat. 6. Blend with a hand blender or food mixer until smooth, add more water if the consistency is too thick. 7. Add in tamari and lime juice and stir through 8. Serve with the chopped coriander and a sprinkle of sumac (optional). Good luck lovelies!! Niki xxx #soupscooter #soup #inspo #delicious #happy #instagood #yummy #eatmoreplants #organic

Kallø’s ‘Soup Scooter’ Hits the Streets as Part of Influencer-Led Campaign added by Newsroom on October 21, 2016
View all posts by Newsroom →