For the first time, Singapore’s Ministry of Communications and Information is launching a Lunar New Year Kung Fu series, ‘Kungfu Fighter, Hidden Sugar’, that reminds us to eat in moderation this festive season. In support of the Let’s Beat Diabetes campaign, the action-packed series takes an innovative multi-platform approach to reach the masses. 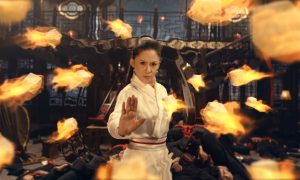 Released on 21 January 2017 via Facebook, the 90-second TV commercial by Tribal Worldwide Asia, has reached 2.2 million people, and gathered 1,261,411 views and 54,000 reactions (including 3,000 comments and over 19,500 shares). The reception has been overwhelmingly positive, with people sharing the important message of eating in moderation this Lunar New Year.

More than just a festive greeting, the series highlights the dangers of diabetes. The TV commercial spells out clearly how much sugar there is in common Lunar New Year goodies. Did you know that one serving of Yu Sheng has the equivalent of four teaspoons of sugar in it? Or that one pineapple tart has as much as one teaspoon of sugar? 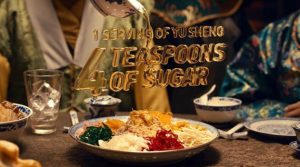 Of course the commercial is not all dry facts and figures. An exciting plot directs attention to these facts. The commercial is set in an olden-day Chinese restaurant, where a family is having their reunion dinner with their bodyguard standing watch. The bodyguard soon realises that the family is under attack from “sugar villains” sneaking copious amounts of sugar into their meal. A classic Kung Fu fight ensues, interspersed with comedic villain-bashing moments. The bodyguard literally beats diabetes with powerful Kung Fu moves like “Sugar Defeating Darts” (“化糖神镖”) and the “Destroyer of Salt, Oil and Sugar” (“降盐扫油灭糖斩”), and saves the day.

“We were inspired by Kung Fu classics, a staple during this festive period, and hope to deliver an action-comedy that will resonate with young people as well as the elderly. We are heartened that people can enjoy this short Kung Fu flick while learning some useful facts about fighting diabetes,” added Karen Tan, Senior Director of the Public Communications Division at MCI. 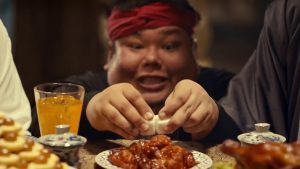 “We hope the classic story of good versus evil will resonate and remind people to take action to fight diabetes,” said Jeff Cheong, President of Tribal Worldwide Asia.

Aside from this 90-second TV commercial, two five-second clips, a Facebook gif and a mobile message greeting will be released during the first 15 days of the Lunar New Year.

With 400,000 Singaporeans above the age of 18 suffering from diabetes, the message is an important one, and particularly apt during this time of festive feasting.