By Newsroom on January 30, 2015Comments Off on La Maison Cointreau Names Laetitia Casta As Creative Director

La Maison Cointreau and Laetitia Casta have chosen the Musée de l’Orangerie, in the heart of Paris, to announce their creative partnership, starting this year. Cointreau, the definitive orange liqueur, and the French actress, emblematic of Parisian style, join forces as the House of Cointreau appoints Laetitia Casta as Creative Director. 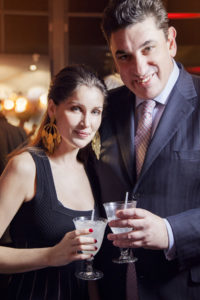 Cointreau and Laetitia Casta are crafting a unique creative program that will spawn a wealth of projects, each conveying the essence of the partnership in a way that is both avant-garde and inspiring.

Consistently over time, Cointreau has been close to women as they explore their creativity, break free from convention and make their own way in the world. In many ways, Cointreau embodies the free spirit of la Parisienne, the Parisian woman.

“Throughout her life, Laetitia Casta has blazed her own trail as a truly free-spirited artist. Her talent shines through creative projects she chooses instinctively and she brings to life with passion. She is ever evolving, ever surprising. She is la Parisienne, par excellence. This has all made Laetitia the natural choice of Cointreau for this major creative partnership,” said Panos Sarantopoulos, company president at Remy Cointreau. 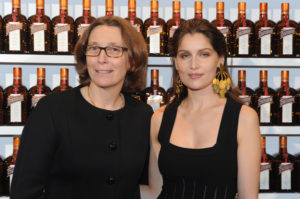 There is close affinity between the two, given Laetitia Casta’s personal preference for Cointreau. But first and foremost, it is the DNA of the House that resonates deeply with Laetitia: the story of Louisa Cointreau (the Maison’s first lady), that of la Parisienne (already Cointreau’s muse since the early 20th century) as well as the House’s long-standing tradition of forging links with artists.

Examples of these links include the work of the Lumière Brothers, Loupot, Tamagno and Jean Adrien Mercier who some of the influential individuals who helped define Cointreau’s Parisienne in the early days. Above all, Laetitia Casta was drawn to the Maison’s core values, this unique blend of authentic, elegant and avant-garde creation”.

Cointreau and Laetitia Casta share a passion for creation, a belief in self-expression and free-thinking, as well as a desire to challenge the rules with endless elegance and vitality. 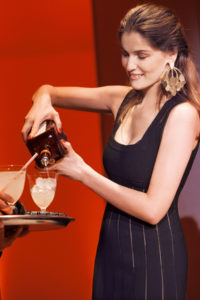 In her role as Creative Director, Laetitia Casta has delved deep into the House’s extensive archives to unearth many a rare and precious nuggets of information. Right from the outset of this creative project, Laetitia Casta has chosen to pay tribute to Louisa Cointreau and her pivotal role for the House’s history in encouraging women to explore their creative side. As part of this work, Laetitia Casta will invite selected women from the four corners of the globe to share their own twist on life.

“This is just a first glimpse of the project coming up in spring 2015. It reflects Louisa Cointreau’s own mission: to inspire women to dare to be themselves. How will I bring this to life? Our project will invite women to develop their strength to dare, this positive energy that Cointreau calls “zest,” allowing them to explore their creativity, to live new experiences and forge their own paths,” said Laetitia Casta.

The creative project will evolve organically through a series of “webisodes,” each an opportunity to freely exchange ideas. Creativity evenings inspired by the “Cointreau Café Society” will take place around the world. The events will inspire participants to express and share their emotions and will shine a light upon Cointreau’s signature art de vivre, and. It will all take place against a backdrop of elegance, creativity and the distinctive Cointreau twist: inventing the moments that break with every convention and obligation.

The partnership officially began in January, at the height of Paris Fashion Week. The timing reflects the importance of creative freedom, daring in beauty and feminine elegance. 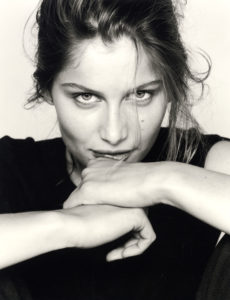 During the launch event at the Musée de l’Orangerie, Artist Yohan Masliah sketched out a giant-sized bottle of Cointreau, and even added a few drops of the liqueur into the orange paint; Artist Daphné Navarre presented a performance entitled “MUSES” in collaboration with the choreographer Ylva Falk and the singer Alex June. Structured as a journey, the piece filled the venue and brought forth its muses.

Londoner Anna Calvi enchanted guests with her light and shade, her boldness and her voice. Meanwhile, Sophia Hamadi (Opale) and Maya Postepski (Austra) took to the decks in a four-handed DJ set.

Women’s bodies were the medium for Lili Choi’s self-expression. In contrast, Maïa d’Aboville drew inspiration from the Cointreau Proclamation, dedicated to women who are free to think, act and create. Her artistry is set against the backdrop of distinctly feminine intuition: The Cointreau twist in all its splendor.