By Newsroom on November 19, 2018Comments Off on LIFULL Japan Serves up Earth Cuisine Dishes to 24 Guests on Tables Set within a Forest

About two-thirds of Japan’s land mass is covered by forests, making it one of the counties with large forested areas. Planted forests account for about 40% of forests and require a process called thinning, which is the removal of some trees to make room for the growth of others, primarily to grow trees suitable for industrial and architectural use. 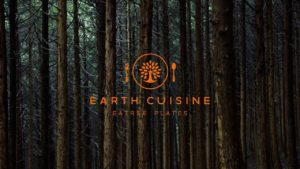 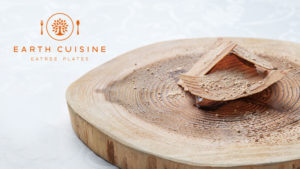 The government is calling for recognition and wider use of thinned wood in order to maintain and conserve forests appropriately. It has launched initiatives to advocate thinning, including the promotion of the Thinned Wood Symbol used on products prepared with thinned wood, and the production of woody biomass. LIFULL wishes to highlight the importance of thinned wood through Eatree Plates by creating a new purpose for thinned wood, which is to eat, to contribute to the conservation of Japanese forests. 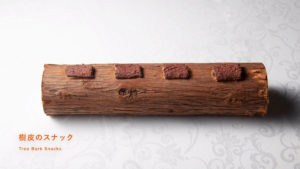 Earth Cuisine discovers and focuses on new and previously unheard of ingredients and attempts to contribute to the conservation of Earth through consumption.

The first ingredient on which the project focused was thinned wood, which has become an issue in the mountains and forests across Japan. Highly-fragrant thinned wood, such as Japanese cedar, was powdered to produce a special ingredient for this event. Hinoki cypress and pine were also featured in all dishes. The 24 guests enjoyed the one-night only full-course dinner featuring wood that was beautifully presented by world-renowned chef Koji Tamura.

LIFULL Japan Serves up Earth Cuisine Dishes to 24 Guests on Tables Set within a Forest added by Newsroom on November 19, 2018
View all posts by Newsroom →