Mahou Investment Brings Spirit of Madrid to the UK

By on June 15, 2016Comments Off on Mahou Investment Brings Spirit of Madrid to the UK 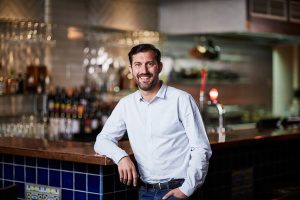 Carlsberg UK has announced a major investment in premium Spanish beer brand Mahou, including a partnership with The Telegraph and TV chef and columnist, Mark Sargeant.

Michelin starred chef Sargeant will present a series of four videos, alongside acclaimed chefs from three modern Spanish tapas restaurants in the UK, to pair a range of dishes with Mahou beer. The videos, featuring Pintura in Leeds and Hispania and Camino in London, will be shown on a bespoke hub on Telegraph.co.uk, while supporting features will appear in The Telegraph and The Telegraph Magazine from late June to August.

The campaign aims to bring ‘the spirit of Madrid’ to life for consumers and significantly increase the presence of the brand within the UK on-trade.

A new range of POS, including a bespoke pint glass, will support the campaign. The new glass, available in trade now, is inspired by the shape of the traditional Spanish ‘caña’, and is embossed with the five stars of Mahou, symbolising its five-star taste. There is also reference to its year of origin and heritage, with ‘Madrid 1890’ appearing at the foot of the glass. 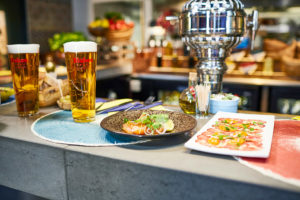 Selected Mahou outlets will receive ‘Maestría Mahou’, or Mahou’s unique ‘perfect serve’ training for its staff, designed to help them present Mahou in the spirit of how it would be served in Spain. In addition, all Mahou stockists will receive new POS including a 20cm tall tap handle to improve standout.

Liam Newton, Vice President Marketing for Carlsberg UK said: “Mahou is the number one beer in Spain and is a big opportunity for the UK on-trade. The new glass and POS highlights the brand’s premium credentials, and the partnership with Mark Sargeant shows Mahou’s food matching credentials and links with Spanish gastronomy.”

Named after the family that brews the 5.1% premium beer, all Mahou is imported from Spain, and is perfect for pairing with Spanish gastronomy. Mahou is available in 30l kegs and 330ml bottles.

Mahou Investment Brings Spirit of Madrid to the UK added by on June 15, 2016
View all posts by →