By Newsroom on June 18, 2013Comments Off on Maple Syrup Crop Delivers Both Quantity & Quality 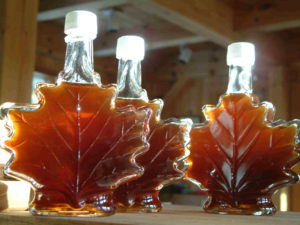 The weather cooperated with the maple run this year, creating just the right temperatures to get the sap flowing throughout March and April in all of Quebec’s maple-producing regions.

The result is a bumper year for maple syrup. With the sole exception of the week of March 14-21, where even Quebec’s maples were granted a week’s rest, the exceptional conditions of slight freezing at night and thawing during the day, with temperatures rarely exceeding 12 degrees, have produced a crop that will go down in history.

The 42.7 million taps operated by the 7,300 maple syrup producers in Quebec have produced 120.3 million pounds of syrup, an all-time high, with an average of 2.82 pounds per tap. It would be fair to call it an excellent harvest. The previous record was from 2009, when production hit 109 million pounds and average production per tap was 2.65 pounds. 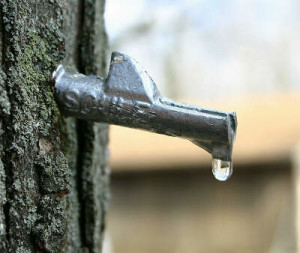 Yet 2013 provides not just quantity, but also quality. The classification reports to date show the harvest to be of very good quality, undoubtedly due in part to the absence of a heat wave during sugaring season.

“What was special about this year? Perfect sugaring conditions that lasted a relatively long time for all of Quebec’s regions. As of the second week of March, all Quebec regions were already in production, which is really uncommon, and all of them produced until at least the second-to-last week of April, which is even more uncommon,” explains Serge Beaulieu, president of the Federation of Quebec Maple Syrup Producers.

“As such, the maple producers in the far east of Quebec, specifically in Bas-Saint-Laurent, had yields as high as those of their fellow producers to the west, in Montérégie (2.96 lb./tap and 2.93 lb./tap respectively).”

A strategic reserve with an important role to play

After the string of relatively poor harvests from 2005 to 2008, the strategic maple syrup reserve that has been gradually amassed since 2009 has played an important role in guaranteeing supply for the development of new markets in both Canada and abroad.

Considering that on an actuarial basis the optimal level of syrup at the start of the season is 39 million pounds, the reserve will no doubt need to grow significantly over the year, but it will also be able to play a role in stabilizing prices until the results of the upcoming crops come in.

Along with the Marketing Agreement, the strategic reserve is one of the key tools maple syrup producers have developed over the past decade to stabilize supply and prices, and consequently support the development of the entire maple industry. 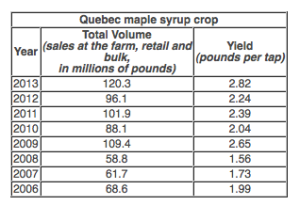 The Federation of Quebec Maple Syrup Producers was founded in 1966 with the mission of defending and promoting the economic, social and moral interests of its 7,300 maple businesses, all working together to collectively market their products. The quality of their work and their products has made Quebec the producer of close to 75% of today’s global maple syrup output.