By Newsroom on July 17, 2013Comments Off on Martini Celebrates 150th Anniversary

Happy Anniversary, Martini! Bacardi Limited is marking the 150th anniversary of its world-famous Martini brand, and with it, a century and a half of an unrivaled heritage that has made Martini the world’s leading vermouth and best-selling Italian sparkling wine. 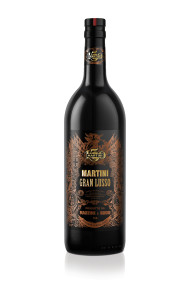 Since 1863, Martini has created exceptional drinks synonymous with “gioia di vivere” (joy of living), one filled with style, passion and the enthusiasm to live life to its fullest. Martini exudes a distinctly Italian mindset that has transcended beyond drinks to define an entire culture.

“As we celebrate the Martini 150th anniversary, we are so proud of the important role that this global and cultural icon has in the dolce vita lifestyle,” says Facundo L. Bacardi, Chairman of Bacardi Limited. “In reflecting on Martini’s rich history, we look forward to furthering the legacy of this remarkable brand to spirits consumers throughout the world.”

“Martini is crafted from only the finest ingredients, creating drinks with exceptional taste. Discerning consumers around the world have come to know and admire Martini for these qualities over the last 150 years. It’s why the brand continues to attract tremendous attention and generate growth,” adds Ed Shirley, Bacardi Limited President & CEO.

“Each year, new generations fall in love with the extraordinary taste of Martini vermouths and Italian sparkling wines, which are fantastic on the rocks or enjoyed in cocktails. In this celebratory year, we invite consumers to make their own luck and experience memorable Martini moments.” 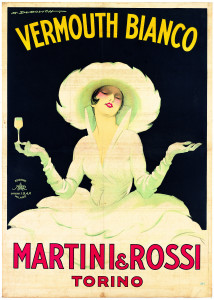 Martini produced products far smoother, more sophisticated and consistent in taste than any previous aromatic wines. To this day, the recipes are closely guarded secrets, only known by four Martini Master Blenders.

Bacardi, a family-owned company that recently marked its own 150th anniversary, acquired the Martini & Rossi Group in 1993. With this landmark acquisition, Bacardi doubled in size to become one of the world’s largest premium spirits companies.