By Newsroom on March 10, 2016Comments Off on Martini Kicks-off the 2016 Formula One Season with Massa & Bottas

Martini, one of the world’s most iconic Italian brands and the world’s leading vermouth and best-selling Italian sparkling wine, kicked off the Formula One season in style with the ultimate Terrazza experience in Pessione, Italy the home of Martini.  The brand revealed plans for Grand Prix city take-overs where consumers will enjoy a series of curated events and creative collaborations through the famous Terrazza Martini experience. The event also played host to Williams Martini Racing drivers Felipe Massa and Valtteri Bottas who made a rare public appearance in advance of Melbourne. 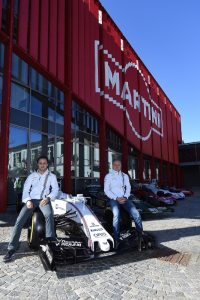 The drivers were on hand to reveal the FW38 show car, which sat proudly beside a rare collection of Martini Racing heritage cars.

Acknowledging one of the richest brand histories in motorsport was special guest Manfredo Rossi di Montelera, whose father Gregorio along with his brother Vittorio, founded Martini Racing in 1968. Manfredo brought with him some of his prized racing car collection, including the famed Cosworth Brabham that was driven by Reutemann and Pace.

The car won many Grands Prix including, more recently, the FIA Masters Historic Formula One Championship in 2014 driven by Manfredo himself. The collection also featured a Tecno BA123, Lotus 80 and a Brabham BT45, all proudly carrying the iconic Martini racing stripes.

Massa and Bottas spoke of their hopes for the 2016 season and their new FW38.  Both drivers have just returned from testing the car in Barcelona. Massa commented, “Not only is the car in good shape, but it looks great too.”

Bottas added, “After finishing third in the 2015 Championship we are aiming to push the front-running teams. Knowing the history of Martini’s involvement and passion for motorsport and having those iconic stripes on the car, we want to make everyone proud.”

Returning for the 2016 season is the ‘hottest ticket in town’, the Terrazza Martini. Kicking off in Sochi, followed by Barcelona, Liege, Milan, Mexico City and Sao Paulo, the Terrazza is the beating heart of any city during race weekend. Distinctly Italian with a nod to the host city, the Terrazza will feature the best local talent across food, fashion, music and F1.

Finally, to demonstrate the brand’s intrinsic link with racing, the event also saw an exclusive preview of Martini’s new bottle and pack design which will affect the entire portfolio of its award-winning and best-selling vermouth, as well as aromatised and Italian sparkling wine range. The aesthetic has evolved to bring the bottles into a new era while maintaining Martini’s renowned heritage cues.

The labels contain design detail found on Martini bottles from the mid-19th century and for the first time in 20 years, the iconic Martini racing stripes return. 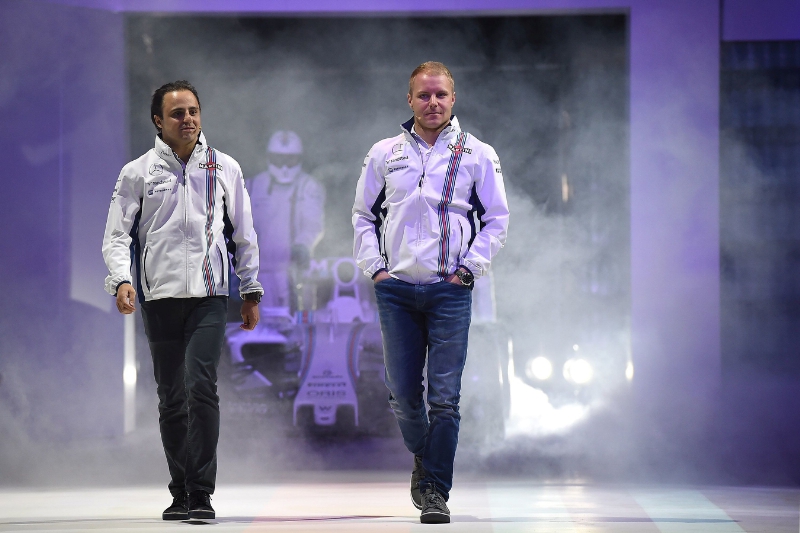 Martini Kicks-off the 2016 Formula One Season with Massa & Bottas added by Newsroom on March 10, 2016
View all posts by Newsroom →