Integrated creative agency, McCann London, is promoting the launch of a new, limited edition Sub at Subway in the UK and ROI on 5th April, on offer until 30th May. 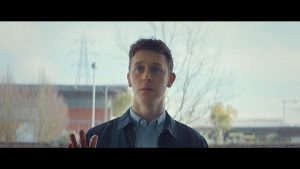 The new ‘BBQ Beef Burnt Ends’ Sub offers slow-cooked, tender beef in a smoky barbecue sauce and will be supported by an ad campaign which goes live on 12th April and runs until 23rd May across television, print, OOH, digital, and radio.

In the spot, directed by Max Sherman at Blink Productions, a man looks into a Subway store and imagines a more confident, adventurous version of himself. While he stands hesitantly outside the store, willing himself to choose something different to his usual ham and cheese option, he sees the confident version of himself having the time of his life as he cracks jokes with others inside the store and tucks into his BBQ Beef Burnt Ends Sub. 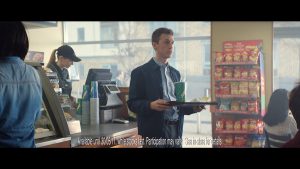 The humorous film sits under Subway’s new ‘Keep Discovering’ platform, which was launched last year to promote its wide variety of taste combinations, and following research which suggested that customers tend to stick to what they know.

Sacha Clark, Marketing Director for the Subway brand UK and Ireland said: “This promotion again underscores the choice Subway offers in its stores up and down the country, and encourages our customers not to limit the possibilities for their taste buds.”

Rob Doubal, Co-President and Chief Creative Officer at McCann London at McCann London, added: “We had a lot of fun coming up with another concept to bring to life that ‘order-fear’ moment we are all familiar with. This will hopefully encourage Subway customers to abandon their irrational caution and enjoy more of what’s on offer.” 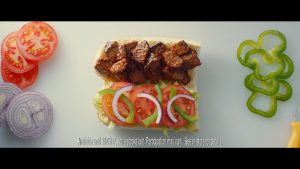 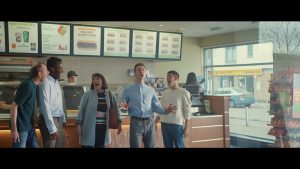 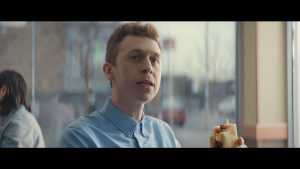