By Newsroom on September 2, 2015Comments Off on McDonald’s Finally Goes Down the All-Day Breakfast Road in the US 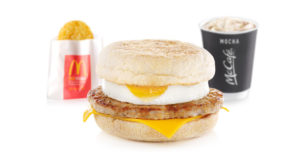 McDonald’s is to start selling all-day breakfast across the US on Oct. 6. The aim is to reinvigorate sluggish sales by fulfilling a longstanding customer request, says Bloomberg.

The company’s franchisees have voted to approve the plan and it’s being implemented nationwide, according to a statement from McDonald’s spokeswoman Lisa McComb.

Easterbrook, who took over in March, has been trying to pull the company out of its worst sales slump in ten years. Selling its signature Egg McMuffin sandwich all day could increase sales by as much as 2.5 percent a year, according to an internal company presentation.

Under the plan approved by franchisees, the full morning lineup won’t be available all day. Restaurants will sell either muffin- or biscuit-based sandwiches, along with hot cakes, sausage burritos, fruit-and-yogurt parfaits, oatmeal and hash browns. McDonald’s may get rid of other items to make room for breakfast, McComb said. 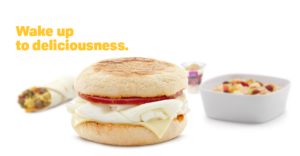 “Our rest-of-day core menu items will stay intact, such as the Big Mac, Quarter Pounder with Cheese, McNuggets, fries, etc.,” she said in an e-mail. “But regions can determine what items need removing based on local customer preferences.”

Franchisees own about 90 percent of the company’s roughly 14,350 domestic restaurants in the US.

The move may help McDonald’s better compete with chains that already sell morning items throughout the day, said Bloomberg. Dunkin’ Donuts serves its breakfast sandwiches, as well as egg wraps and bagels, beyond the morning. And Starbucks Corp. offers muffins and scones at all hours.

McDonald’s Finally Goes Down the All-Day Breakfast Road in the US added by Newsroom on September 2, 2015
View all posts by Newsroom →