By Newsroom on January 5, 2015Comments Off on McDonald’s Revamps Marketing Recipe To Reignite Brand ‘Lovin’

McDonald’s has updated its famous “I’m lovin it” marketing strategy to spark what it claims is the customer-centric “brand transformation” needed to plaster haemorrhaging sales.

People can expect to see more upbeat ads from the beleaguered restaurant moving forward in what is a calculated gamble to wrestle the brand from the negativity surrounding it. McDonald’s marketing has admittedly failed to overcome a sales dip born in part from customer concerns over the nutritiousness of its menu and a waning influence over younger dinners.

In an attempt to avoid past mistakes, the company’s promotional push around positivity is being embedded into all its communications, spanning advertising and marketing to how it interacts with customers in restaurants and on social media. 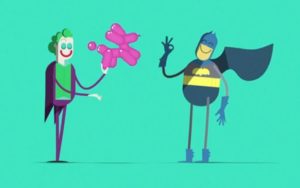 New packaging and signage will emphasis the positioning in stores alongside digital and TV ads. A Leo Burnett-animated ad launched January 3, riffing on the idea of arch enemies such as Batman and the Joker or Freddie Krueger and Jason Vorhees coming together over a shared love for the McDonald’s brand.

The ad ends with the phrase, “Choose Lovin” followed by “I’m lovin it,” dispelling recent reports that the 10-year-old mantra was set to be axed. McDonald’s chief marketing officer Deborah Wahl described the creative as a “reignition” of its long-standing mantra and added that the brand wants to be more closely associated to love in recognition of all the negativity that surrounds daily life.

It is a tactic Coca-Cola has managed to exploit to good effect around happiness with the emotion grounding the brand’s efforts to foster good will through all its marketing. McDonald’s will be hoping for a similar halo effect, with its marketing being used to inspire people to celebrate the love they share with each other every day.

Wahl said: “McDonald’s is in a unique position to use its scale to bring back the positivity with more uplifting content and conversations in the lovin’ spirit.”

The concept is reinforced by more familiar product-based ads albeit with a more playful tone. An execution for the Big Mac hypes: “You can’t get juiciness like this from soy or quinoa! This is not Greek yoghurt”. Another spot extols the virtues of its breakfast offering and wryly explains that the Egg McMuffin begins with cracking real eggs. 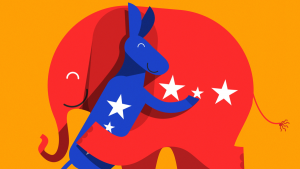 “McDonald’s legacy was built on providing special moments for families,” added Wahl. “Today we’re working harder than ever to evolve with our customers. We’re moving from a philosophy of, “billions served” to “billions heard.”

The philosophy shift is reflected in a switch in how McDonald’s uses its social media channels to talk to customers about its products, much like the “Our Food. Your Questions” initiative that ran last year to arrest any transparency concerns about its products.

The campaign is running in the US but it will likely be adapted for other markets as McDonald’s has done in the past to other major marketing investments. It forms a core pillar of a wider business play to rekindle love for the brand following a year of sagging sales.

The restaurant parachuted in several senior marketers in 2014 to spearhead the revival including Wahl and chief customer officer Fred Ehle amid a restructure that saw its marketing teams organised around consumer groups instead of foods. Additionally, it has pumped more funds into technology, trialling mobile click-and-collect services in several markets while also introducing supermarket style self-serve kiosks in-stores.