By Newsroom on March 14, 2014Comments Off on Meat Consumption in Decline Following Rising Costs & Horsemeat Scandal 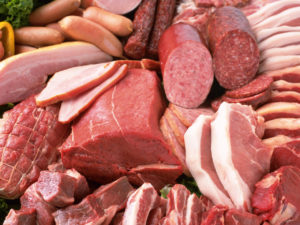 According to Meat and Meat Products 2014, a new Market Report from market intelligence provider Key Note, rising industry costs and inflation led to market growth of 6.9% between 2012 and 2013. Yet these factors disguised a gradually declining demand for meat in the UK, based on increasing prices and the exposure of the horsemeat scandal in early 2013.

With regard to the former, the retail cost of meat for UK consumers has been has been rapidly increasing significantly above the standard rate of inflation, since the recession in 2008. Wages have not risen to the same extent and, as such, many consumers can no longer afford to eat meat on an everyday basis. Many more consumers are being forced to trade down from prime cuts of fresh meat to processed and lesser-quality products, such as minced beef. In a Key Note commissioned survey, conducted in January 2014, 21.5% of meat-eating respondents claimed to be reducing their meat consumption to save money because of the price of meat; however, this is not yet being reflected in total market value because of inflation. 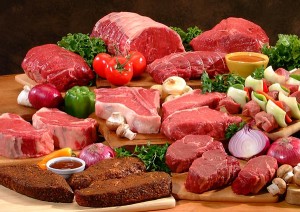 The price of beef — the second most popular type of meat in the UK after chicken — has increased particularly dramatically in 2013, in what is becoming an international crisis. Insufficient supply to meet increased global demand for beef, driven by dramatically developing nations such as the People’s Republic of China (PRC), has pushed the price of beef up around the world. Beef is gradually becoming a luxury food item in the UK because of this, with many consumers unable to afford it even as a treat. Of course, to an extent other types of meat have benefited from this development, with sales of lamb, pork and poultry increasing in 2013, but these items are also increasingly expensive, albeit to a lesser extent, forcing some consumers to simply eat less meat altogether.

The horsemeat scandal has also contributed to this gradually decreasing demand, despite the fact that the long-term effects have not been as dramatic as many first feared. A large number of consumers altered their meat-eating habits in 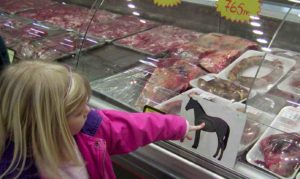 the immediate aftermath of the scandal, especially in relation to ready meals and processed red meats. However slashed prices in these sectors, combined with the revelation that the horsemeat was not in any way harmful to humans, have encouraged consumers back into old eating habits as time has passed. Nevertheless, in the same Key Note commissioned survey, which was taken 12 months after the scandal, 12.3% of UK consumers still claimed to be reducing their consumption of red meat because of negative media in the previous 12 months.

While meat and meat products remain extremely popular in the UK, driven by increased demand for high quality and ethically-treated British meat, there is a growing minority of consumers who are eating less meat or avoiding it altogether. This is partially based on negative media and partially because of the fact that vegetarianism and veganism are increasingly socially acceptable. In the coming 5 years, therefore, this decline in consumption looks set to continue, but so too does inflation, which will continue to disguise this emerging negative trend. Key Note therefore forecasts market growth of 8.3% between 2014 and 2018.