By Newsroom on July 13, 2015Comments Off on Meet the Woman Changing Attitudes Towards Girls’ Education in India with Street Food 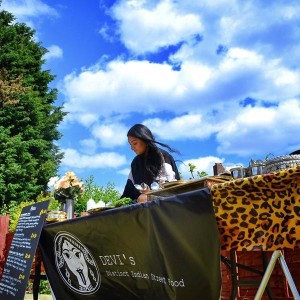 The woman behind the project, Tanya Gohill came from a long line of strong Indian women that knew their way around a scrumptious South Asian dish. It wasn’t long before she was experimenting with their recipes and fusing ideas from her Indian and British heritage to create something altogether new.

And so Devi’s came to be. The Indian-British fusion street food enterprise launched at London’s famous Maltby Street Market on July 12, but this is no ordinary London market food stand. Tanya Gohill will be serving her delicious, zingy fusion food to Londoners in order to raise money to build free schools for girls in rural India.

Speaking about the project, Tanya Gohill said: “It’s astonishing that vast amounts of girls are unable to access their basic human right to free primary education. This bothered me so much that I had to do something about it. So Devi’s was born out of combining two of my biggest passions – food and female empowerment.”

Gohill has a passion for authentic Indian flavours and experimentation. Speaking about Devi’s fusion street food, she said: “The UK has had a long-term love affair with Indian food. I wanted to embolden this relationship and create the lovechild. It’s also a big part of who I am – a bit of both.”

Having worked with a girls’ education charity in rural India, Gohill was moved by the plight of women there, remarking: “Education is the most vital tool we have in equipping women and girls to change their future.”

“I have such a special relationship with India, one that I can’t even begin to describe. But something I must sadly admit is that it’s one of the worst places to be born a female. 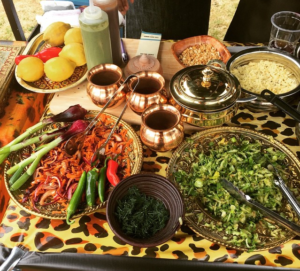 “We all heard about the Delhi gang rape atrocity, but the truth of the matter is that it’s happening every minute of every day, all over the country – we just don’t hear about it.

“Gender inequality, illiteracy, child marriage, sexual violence, sex trafficking…that’s just the beginning of what women have to endure in India.

“Education is the first step of the fight. Strong, educated, independent women – that’s what’s going to bring about change, and that’s what this project can do.

“First and foremost it’s about creating delicious and original food, and if I can gain people’s support, even better.”

Devi’s is at Maltby Street every Sunday from 12th July and Tottenham Green Market every Saturday from 18th July. Their website will also host a crowdfunding page for people to donate to the project.

Meet the Woman Changing Attitudes Towards Girls’ Education in India with Street Food added by Newsroom on July 13, 2015
View all posts by Newsroom →